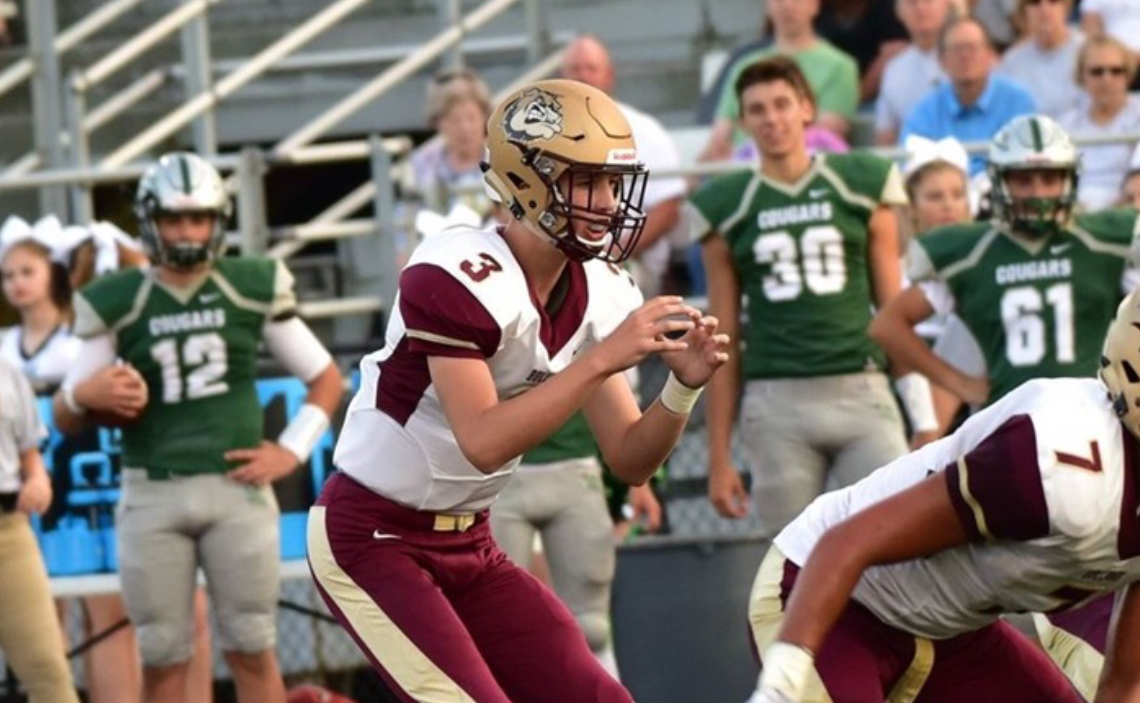 Two weeks ago the Stow-Monroe Falls Bulldogs fell in a tough overtime battle with the Brecksville Bees for their first loss of 2019.

They were anxious to rebound this last week against North Royalton, and the play of Owen Bainbridge was a big part of the reason they walked out with a 51-14 win.

Stow is now 4-1 on the year, and thanks to the effort of Bainbridge he’s the week five “NEOSI High School Football Player of the Week.”

The Bulldogs will need another big night tonight from Bainbridge, as they will travel to Wadsworth in a huge Conference showdown with the Grizzlies at 7pm.

Vote for the Week Five NEOSI High School Football Player of the Week
Mogadore Rolls To A 42-6 Victory, Handing Rootstown Their First Loss Of 2019