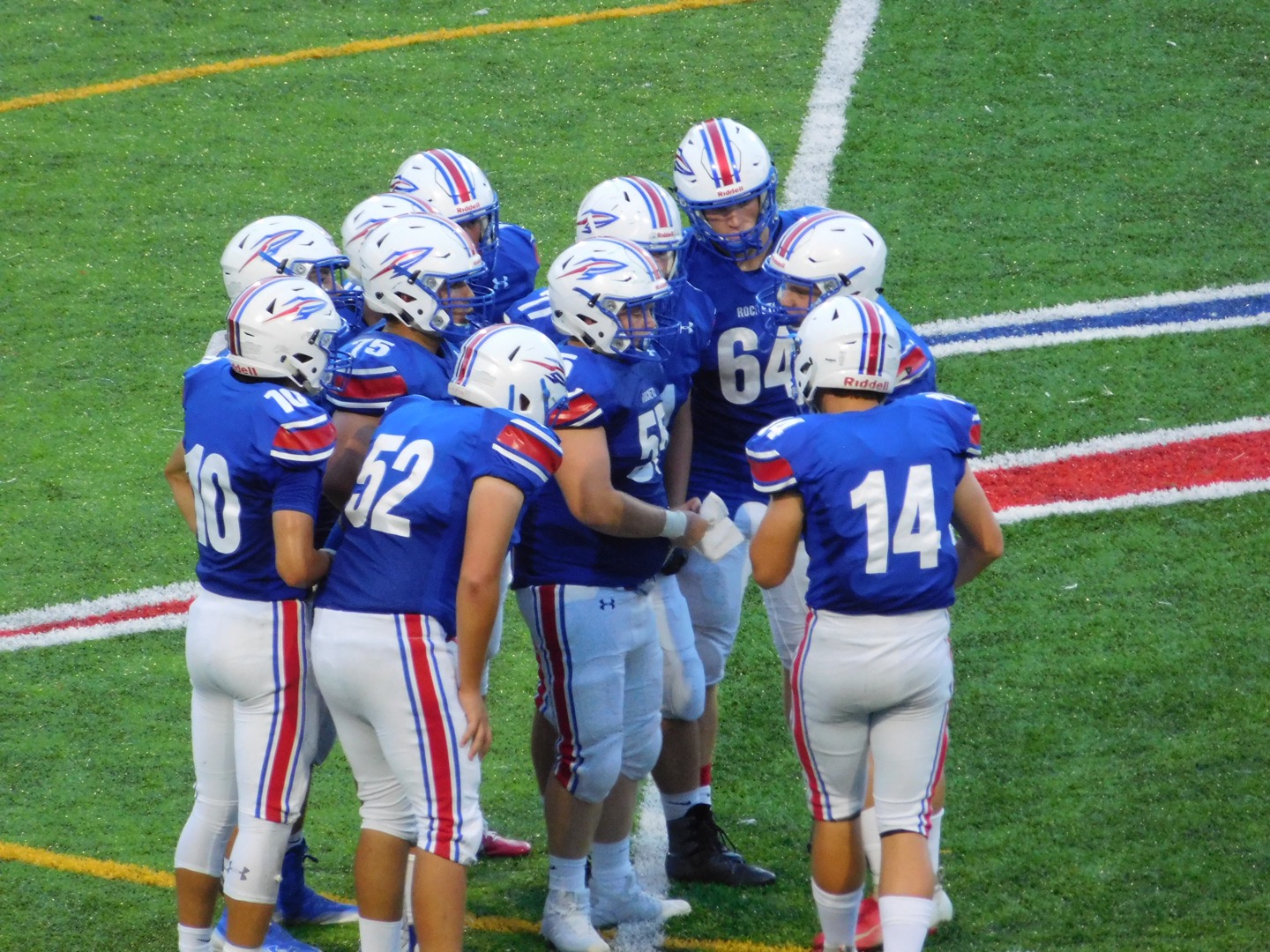 The Bay Rockets rebounded in a big way last Friday night, as they overcame one of their biggest rivals in the Great Lakes Conference with a 26-16 win over the Elyria Catholic Panthers.

It was a huge day for the Rockets defense, as the team set a school record with five interceptions despite being outgained by the Panthers and losing the overall time of possession battle.

One of the biggest plays of the game came in the final minute of the first quarter as Rocket Ben Anderson stepped in front of a pass and picked it off deep in Bay territory.

The senior raced up the sideline, going 97 yards for a touchdown that put Bay up for good 12-8.

The pick six wasn’t the only big play for Anderson, as he scored the first touchdown of the day for Bay, pulling in a pass and working his way into the end zone from 16 yards out on fourth down with 5:38 left in the first quarter.

Anderson for his tremendous big play efforts takes home our week three “NEOSI High School Football Player of the Week Award,” winning the award with 43.4 percent of the votes.

The voting came down to the wire, as over 3,000 fans weighed in, with Anderson topping Mayfield Wildcats quarterback Michael Huss 43 percent to 37 percent.

Anderson will try to help the Rockets get to 3-1 tonight as they have another big GLC game at home against the Valley Forge Patriots who are 3-0.

Congrats to Ben and all of our candidates from week three!