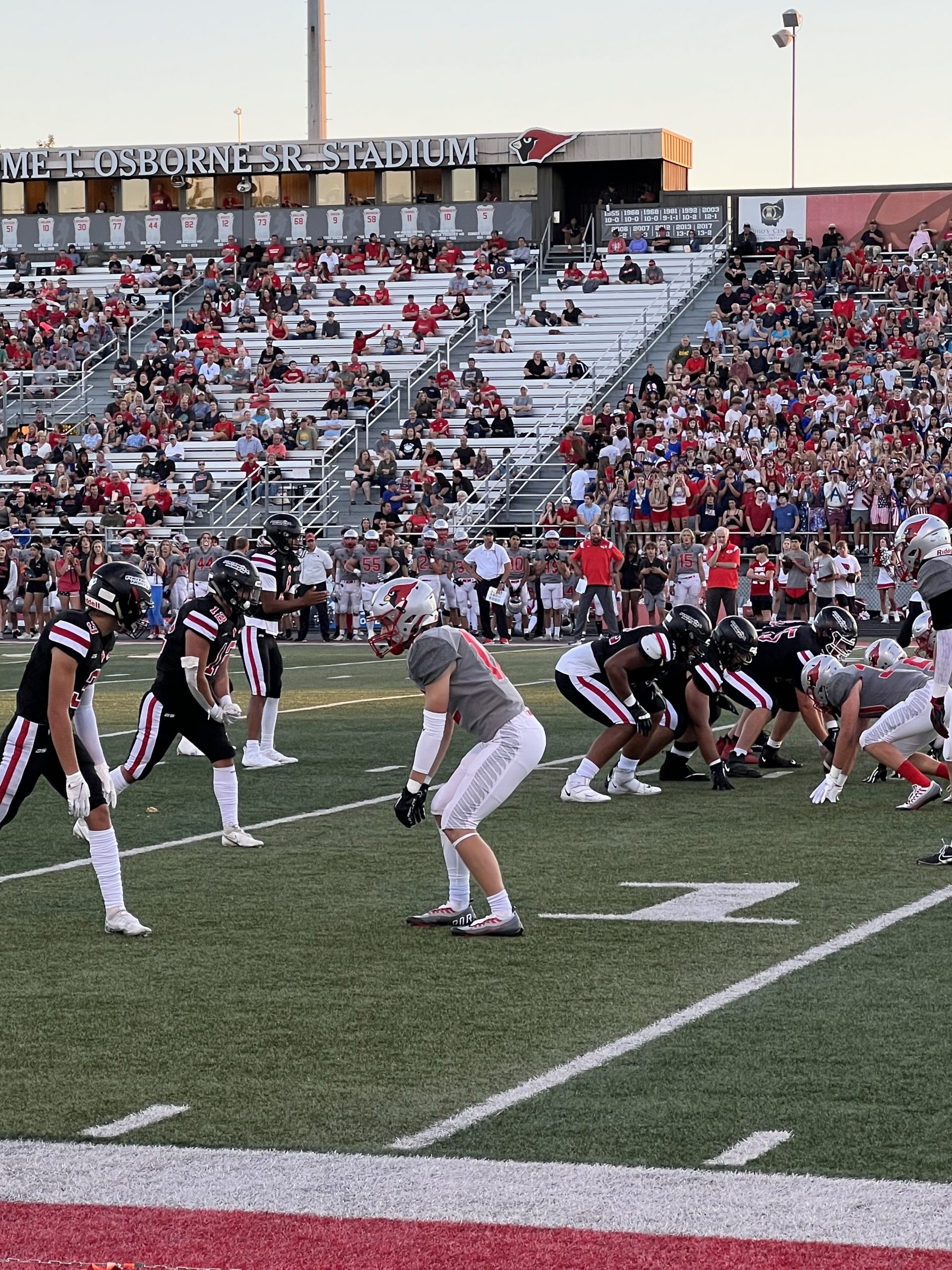 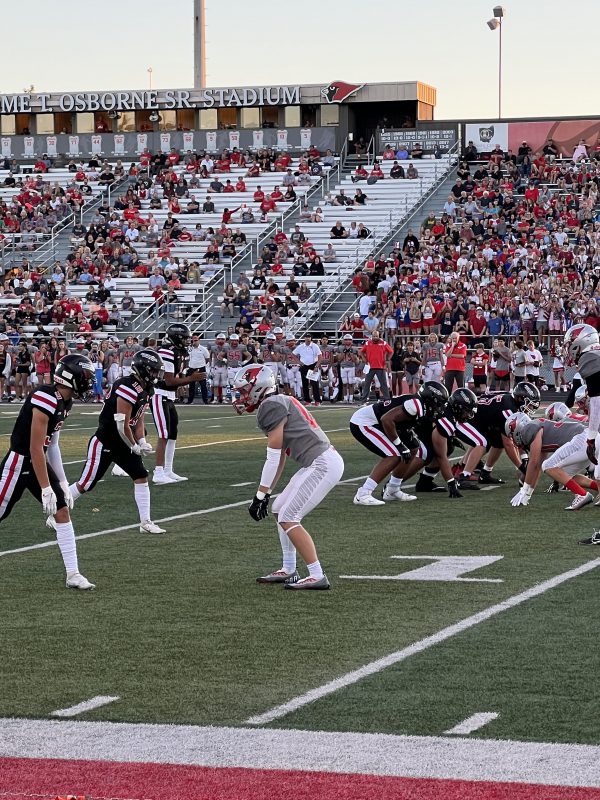 Clarkson Football North beat the Mentor Cardinals 48-28 Friday night at Jerome T. Osborne Jr. Stadium in Mentor. Football North was able to avenge their 41-19 loss to the Cardinals the year prior and improve to 2-2 on the season. This game was full of turnovers, rushing attacks, and non-stop offense. Let’s look at how the game unfolded. 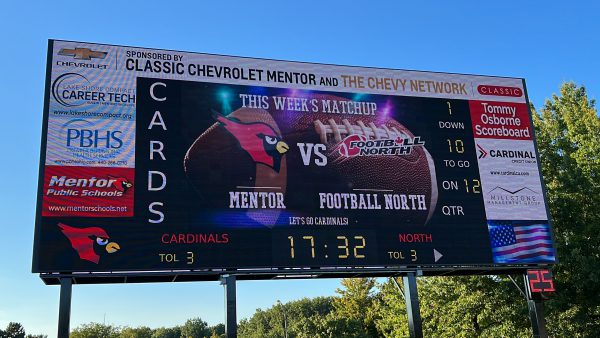 Football North received the ball to open the contest and get the game underway. The drive for North was cut short before they were able to get anything going as they fumbled the ball early in the quarter to give Mentor its first possession of the night. Mentor took control of the ball right outside of the red zone beginning on the 24-yard line. Mentor had a pair of running plays and benefitted from an encroachment penalty to get the ball down to the 3-yard line. Mitchell Waite took the carry towards the end zone but had the ball knocked out of his hands at the 3-yard line to give Clarkson the ball back less than a minute later. North’s run game was able to push to ball up to the 43-yard line. Their offense was starting to click. Mentor’s Caleb Pohto had other ideas. 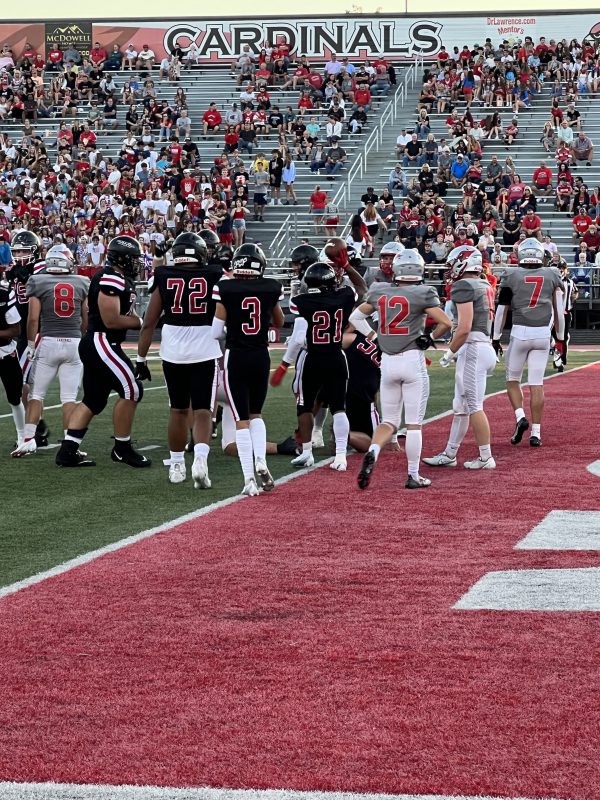 North’s second turnover of the night came at the hands of Pohto for a 5-yard interception to give the ball back to Mentor. The Cardinals were able to capitalize on the turnover with a Mitchell Waite 10-yard touchdown run to give Mentor the 7-0 lead. A few four-and-outs kept the game 7-0 late into the first quarter. Football North was able to put together a nice drive that saw them finish it up with a 1-yard touchdown run to tie the game at the end of the quarter. Mentor – 7 Football North – 7

The offenses were starting to get comfortable in the first quarter and that trend continued in the second. Caleb Pohto opened the second quarter with a kickoff return of 73 yards that brought Mentor right back down the field to the 26-yard line. The solid return set up a 1-yard touchdown run by Jacob Snow to put Mentor up 14-7 one minute into the quarter. That lead wouldn’t last for long. On their next possession, Football North stormed down the field and punched it in for a 1-yard touchdown to tie it up 14-14. Mentor’s next series saw the Cardinals give the ball back with a turnover-on-downs and set up Football North on their own 43-yard line.

North was able to take advantage of decent field position by sprinting into the end zone for a 48-yard score and the lead 21-14 with 3:13 left in the half. Mentor countered and quickly got the ball to the 1-yard line with 16 seconds remaining before half. Waite pushed his way across the goal line for his second touchdown of the night to tie it up heading into halftime. Mentor – 21 Football North – 21

Football North got off to a hot start to kick off the second half. The points weren’t flying in this quarter like the two before it, but North was able to find the end zone once again to increase their lead 28-21. Football North – 28 Mentor – 21

Another turnover kicked off fourth quarter action. Mentor QB Scotty Fox was intercepted for a 23-yard return deep in Mentor territory that set Football North up with the ball at the 2-yard line. One play later Football North punched it in to take a 35-21 lead. Mentor now found themselves in a hole they had to fight out of. QB Fox put together a nice drive on their next possession to lead the Cardinals down to the 1-yard line. Mitchell Waite answered the call for the Cardinals and rushed for his third touchdown of the night to bring Mentor within 7 with 7:05 left to play in the game.

Unfortunately for the Cardinals, FB North wasn’t done, either. Over the last 3:30 of the fourth quarter, Mentor would have another turnover-on-down. North would go onto score on a designed screen pass and another rushing touchdown which turned into the final dagger to put this game away.