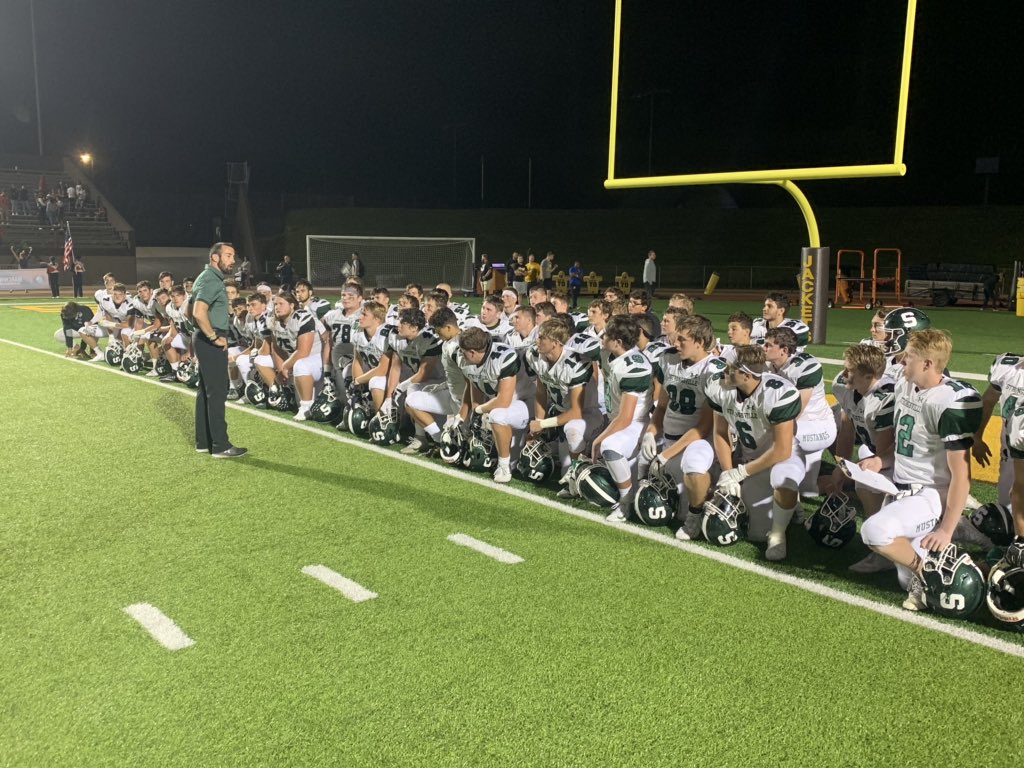 The Strongsville Mustangs found themselves in a battle last Friday night with Shaker Heights in a week four home affair, but thanks to the stellar play of Garret Clark, the Mustangs sit today at 4-0.

Clark for his amazing efforts against the Red Raiders takes home our week four “NEOSI High School Football Player of the Week Award.”

The Strongsville back ran for 179 yards rushing on 32 carries with a pair of touchdowns, but the play that cemented the win was his 97-yard kickoff return midway through the fourth quarter, putting the Mustangs up 29-25 in their eventual 31-25 victory to push them to 4-0.

The Mustangs will need another big night tonight from Clark, as they will travel to Brunswick in a huge Greater Cleveland Conference showdown with the Blue Devils at 7pm.