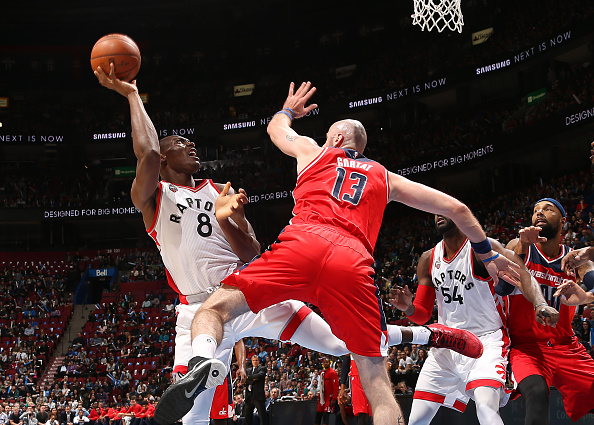 9. Washington Wizards: Washington is not the first team that comes to mind when thinking of championship contenders, but their core of players is as talented as many in the league. The young backcourt combination of John Wall and Bradley Beal will give teams headaches all season and center Marcin Gortat has quietly been one of the best centers in the game the past few seasons. The 2015-2016 season could be an opportunity for Wall to shine as Cavs point guard Kyrie Irving will be out to start the season and Wall is right there in the conversation for best point guards in the NBA.

10. New Orleans Pelicans: The Pelicans surprised the league last season, sneaking into the Western Conference playoffs as an eight-seed, but it should be no surprise that Anthony Davis will be in the MVP conversation all year. Davis is only getting more talented with experience and has some solid pieces around him to make the Pelicans a playoff team once again, and a team that nobody would like to play in a seven-game series. The West is tough, but the Pelicans were a year ahead of schedule last season and might make an ever bigger leap in the 2015-2016 season.