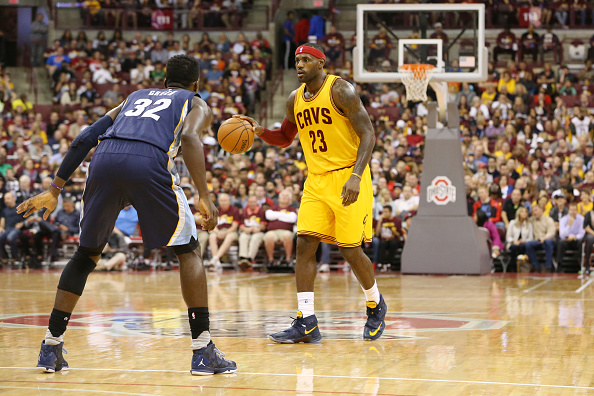 3. Cleveland Cavaliers: The Cavs are the odds on favorite to win it all this year, but there are some question marks. The biggest question marks are the health of LeBron James and the injury histories of Kevin Love and Kyrie Irving. There is no doubt the Cavs have one of the most talented rosters in the league and should win the East, but until they prove they can stay healthy, it’s far from a guarantee that the King finally brings a ring to Cleveland.

4. Oklahoma City Thunder: The Thunder had a rough season last year without Kevin Durant, but Russell Westbrook emerged as an MVP candidate. The dynamic duo of Durant and Westbrook may be the best one-two punch on a team since Kobe and Shaq. New head coach Billy Donavan doesn’t have a lot of NBA experience to work with, but certainly has the talent on his roster. Serge Ibaka is a shot-blocking machine, Enes Kanter at center is a huge improvement to the position compared to prior seasons, and the Thunder will be motivated to remind everyone that they are a legitimate Finals contender when healthy.

5. Los Angeles Clippers: The Clippers have always been a phenomenal regular season team in recent years, but for whatever reason they don’t get it done in the playoffs. The return of DeAndre Jordan after a tumultuous off-season gives Doc Rivers and company the chance to win a championship this year. Veteran Paul Pierce should add some leadership in the locker room and fill a need at the small forward position for the Clippers. Chris Paul has a well-documented injury history, but is still one of the top point guards in the game. Blake Griffin is an elite power forward, but has an injury history as well.  Will this be the year the Clippers finally put a great postseason together or will it be a repeat of last year’s epic collapse when they led three games to one in the conference semi-final?