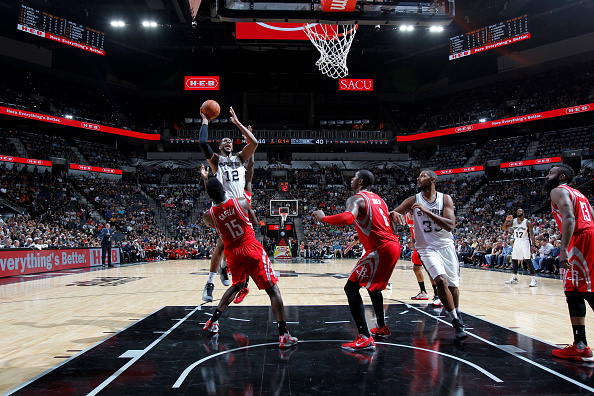 6. Houston Rockets: James Harden still feels like he should have won MVP last season.  There’s a strong case to be made, but his team fell short against Steph Curry and the Warriors.  Harden can’t do it all, but he sure can do most of it.  Dwight Howard is a shell of himself compared to his glory days in Orlando, but can still dominate at times. The addition of Ty Lawson at point guard fills a vacancy that needed to be addressed this offseason, but do the Rockets have a well-rounded enough roster to win the West and get a shot at the title?

7. Memphis Grizzlies: Memphis is without a doubt one of the best defensive teams in the league, but their lack of offense has held them back for years. Marc Gasol is one of the best centers in the game and the combination of Gasol and power forward Zach Randolph makes the Grizzlies frontcourt hard to match. Former Buckeye Mike Conley is an underrated elite point guard, but is the big three of Conley, Randolph, and Gasol enough to break through?

8. Miami Heat: The 2014-2015 season is one many Heat fans would like to forget. Injuries hampered Dwayne Wade all season; Chris Bosh missed most of the season due to blood clots, and the Heat missed the playoffs in the Eastern Conference. Thankfully, Bosh has recovered, Wade is healthy, and although there were plenty of negatives for the Heat last season, the addition of point guard Goran Dragic and the emergence of center Hassan Whiteside give Miami plenty of reason for optimism. The Eastern Conference Finals could feature LeBron and his old buddies in Miami.