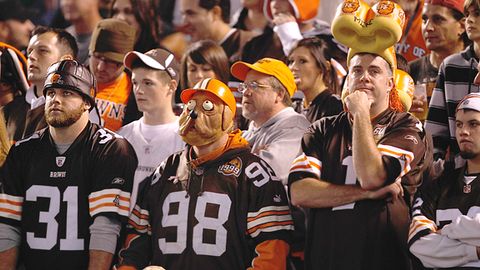 It pains me to watch this team march down the field on the opening drive and lose their starting QB and the ball on the 1-yard line. It would be hard for any team to accumulate five turnovers and keep the game competitive, and the Browns were clear indicators of that statement. It is easy to over-exaggerate and say this team will finish last in the NFL, but even harder to come up with a reason this team won’t finish near the bottom. If the Browns want to instill any hope into their fans, winning the Week 2 matchup that brings Marcus Mariota and the Titans to First Energy Stadium would be a nice start. Be sure to take the poll on NESOI on if Johnny Manziel should start regardless of Josh McCown’s status for Sunday.

Derek Carr suffered a wrist injury in this one and the Raiders struggled mightily against the Bengals. If Carr doesn’t return for Week 2, look for his return in Week 3 against the Browns.

The Jaguars could not find a way to move the ball on the ground, and Blake Bortles tossed a pick six on a swing pass intended for rookie T.J. Yeldon. With a tough schedule ahead of them, look for Jacksonville to hover around the bottom of the power rankings each week.

If there is any glimmering beam of hope for our final team, Austin Sefarian-Jenkins looks to be the shining star while Mike Evans was sidelined for Week 1. Jameis Winston does not have a very strong offensive line to operate behind and that doesn’t go well with next week’s challenge in a hostile environment down in New Orleans.