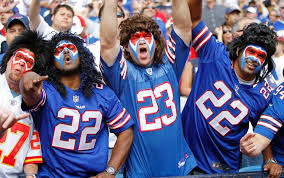 Rex Ryan and the Bills defense were too much for Andrew Luck and the Colts to handle. This Buffalo team is going to be one of the hardest to defeat at home. Taking a 24-0 lead early in the 3rd quarter against one the more high-powered offenses a year ago makes a good case to list them higher than expected in our power rankings.

Thank goodness for Aqib Talib, who scored Denver’s only touchdown in a hard-fought defensive battle at Mile High Stadium. Going 24-40 for 175 yards and a pick six were not the ideal home opener stats for Peyton Manning, but a win is a win no matter how dismal the offensive game plans were in this one. Look for the Week 2 game against Kansas City to affect both of these team’s rankings next week.

Before this game Dallas had won four straight games against the Giants – Week 1 increased that total to five. Player of the Week candidate Tony Romo finished with astonishing numbers, (36-45/356 yards/3 TD’s) and a game winning touchdown drive finding Jason Witten in the end zone with less than twenty seconds left on the game clock.

Watching the Bengals outscore their opponents in the regular season is something NFL fans have become used to. However, the strong offensive outing, 6.0 yards per play, and defensive input, 4.0 yards per play allowed, is reason enough to let Andy Dalton’s team into the Top 10.