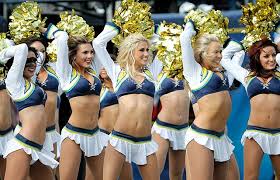 Foreshadowed in our #4 spot, the Colts are the only 0-1 AFC and round out the Top 10. T.Y. Hilton suffered a scary knee injury, but should be back in action within the next few weeks. Look for Indy and Andrew Luck to bounce back after a rough outing in Buffalo.

Holy Keenan Allen. 15 grabs for 166 yards is a great way to instill confidence in a team’s offensive philosophy. Philip Rivers led the Chargers to 30 straight points in this one, and showed no signs of slowing down against a good Lions defense.

This team can thank their defense, Philly kicker Cody Parkey, and Julio Jones for escaping with a win in Week 1. Parkey missed a 44-yard go-ahead field goal with 2:44 left in the game and Jones finished with 141 yards and two touchdowns.

The loss of Terrell Suggs for the rest of the season is going to hurt this Baltimore defense. In a game where both offenses struggled, the Ravens will have to see their run game improve to climb higher on our rankings list. Joe Flacco will look to bounce back in Oakland next week against a swiss-cheese defense.