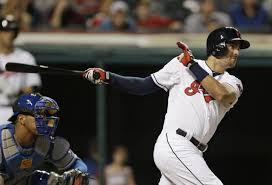 Activated OF LONNIE CHISENHALL from the 15-day Disabled List.

Chisenhall began the season on the 15-day Disabled List after being limited to 10 exhibition games this spring due to right forearm soreness and a left wrist impingement. He began a rehab assignment at Triple-A Columbus on April 10 and appeared in 7 games with the Clippers and Akron RubberDucks prior to today’s activation.

Chisenhall had a rough Spring, much of which was due to the injury, but if he can get back to the way he was playing in late-2015, he could be a great addition to the outfield.