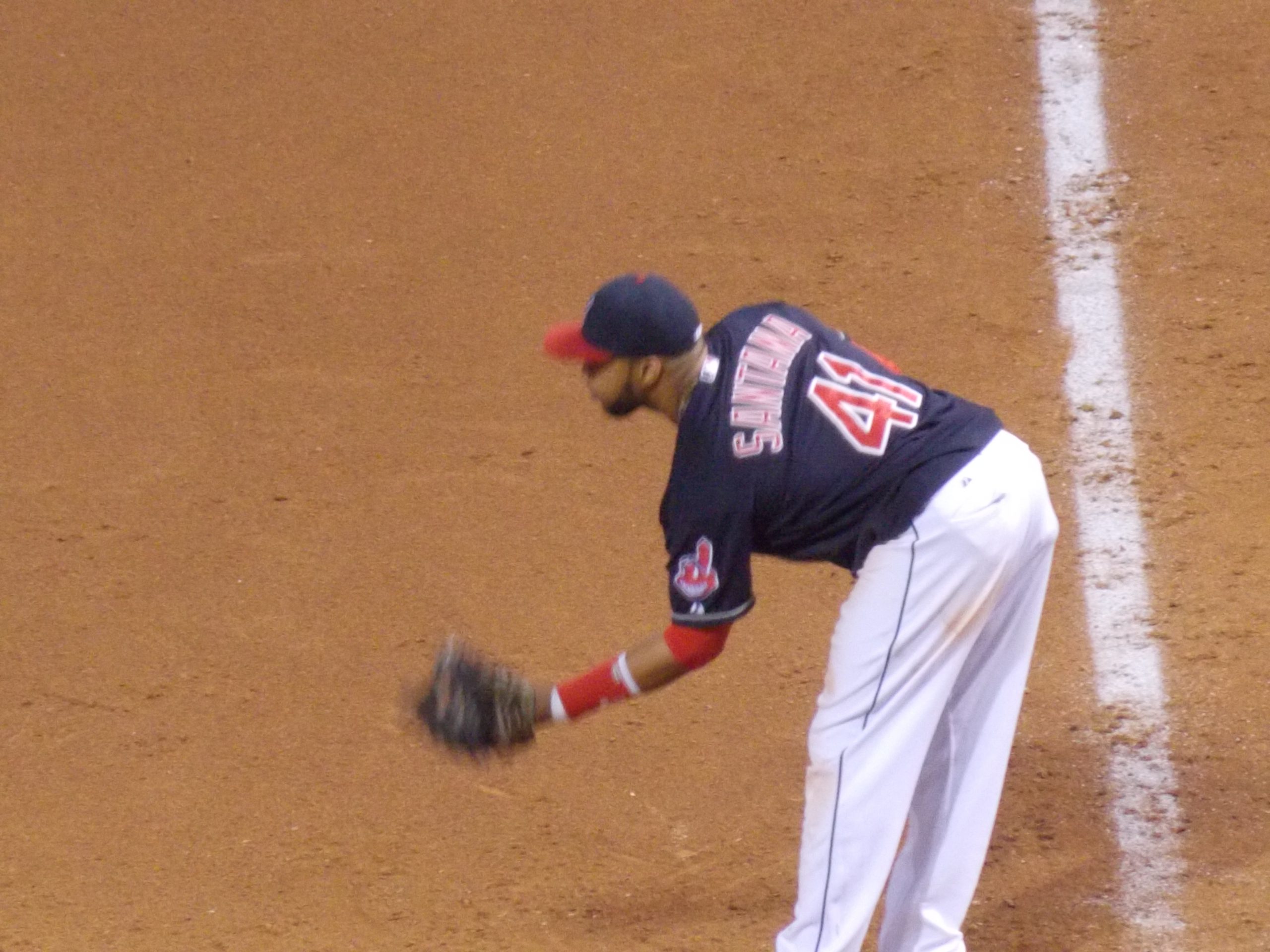 Carlos Santana was one of the biggest surprises this year on defense for the Indians, and Friday took home some postseason hardware, winning the Wilson Defensive Player of the Year award for his stellar play at first base.

He may have played his last game with the Indians, as Santana is a free agent this offseason, but played 2017 as well as any first basemen in the game in terms of his defense.

He started 139 games at first, and committed just five errors in 1,155 total chances. He also was part of 129 twin killings on the season, and made a number of highlight reel plays.

Overall Santana led all American League first basemen with 95 assists, and was second in double plays with 129. At the plate he hit for the same average as he did in 2016, .259 – and hit 23 homers and drove in 79 runs.

He’s already said more than once he wants to continue his baseball career with the Indians, and it will be one of the more interesting moves this offseason to see if the Tribe and Santana can come to a deal to keep him wearing Chief Wahoo.