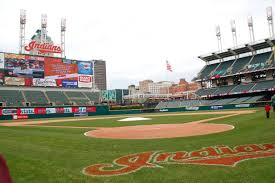 Chisenhall Rediscovers His Love for the Game

Lonnie Chisenhall has found himself a new home on the Indians roster in right field.

Last year, Chisenhall made 18 errors at third base in only 114 games. This year he has played in 92 games, and has committed only six errors; five at third base and only one in right field.

In 115 plate appearances as a right fielder, Chisenhall is hitting .322 with nearly a run batted in per five at bats. That is the type of production the Indians need from middle of the order hitter.

Former Indians pitcher Cliff Lee experienced the same thing in the late 2000’s. In 2007, Lee’s career was sputtering out of control. His ERA for the year was 6.29. He was optioned to the minors, and missed the Indians run at the American League Pennant. The very next year, Lee went 22-3 and won the American League Cy Young Award.

Don’t expect the same thing to happen for Chisenhall, but his career is certainly on the mend.