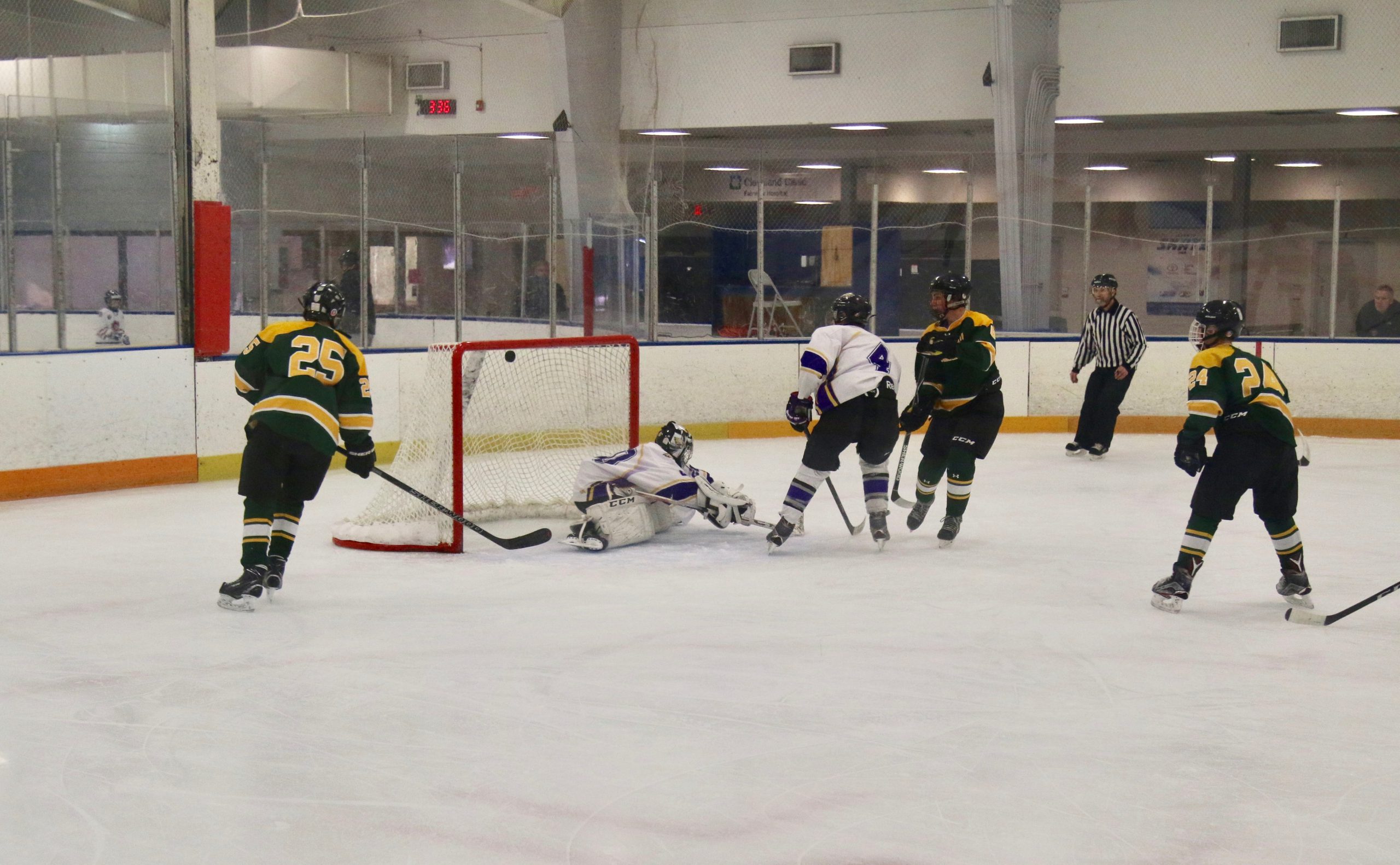 The Amherst Comets sensational season continued on Saturday as they skated to a 7-1 win over the Avon Eagles.

Jacob Fekete and Jacob Kramer each had two goals in the win for the Comets, Fekete got the scoring going with 11:49 left in the first with Kramer and Michael Giannuzzi collecting the assists.

Nathan Harmych made it 2-0 Comets with a goal with 9:55 left in the first, which was the same score at the end of the period.

Kramer made it 3-0 Amherst with Fekete and Tyler Waldecki collecting assists with 7:41 to play in the second period. The Comets made it a 4-0 game when Fekete deposited in his second goal of the game with Giannuzzi and Waldecki earning assists on the power play goal with 1:54 left in the second.

It became 5-0 Comets when Waldecki lit the lamp with 13:07 left in the third. The Eagles scored their only goal of the day as Mike Perusek scored to make it 5-1 with 12:39 to play.

Kramer and Harmych each scored to push the final to 7-1 Comets. Amherst had 21 shots on goal in the win to 16 for the Eagles.

Amherst will be back on the ice on Tuesday as they take on Western Reserve in Elyria. Avon, who fall to 4-17-3 with the setback will be in action on Sunday against Midview at 3:30pm in Elyria.