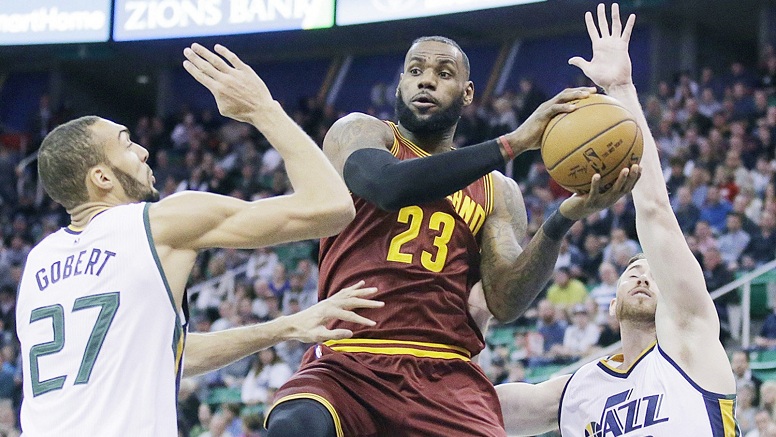 NOTEBOOK — The Cavs have won five of six, the Pacers have won seven straight. Something’s gotta give. … So far, the only that gave is Iman Shumpert’s ankle. That happened in Monday’s thrilling overtime win at Washington. Diagnosis: Right sprain. … Shumpert will miss at least the next two games (including Thursday’s at Oklahoma City). … But the good (bad?) news for Pacers fans is LeBron James is indeed playing. … There had actually been some thought about resting LeBron. But he’s already rested once for a game in Indiana this season. … He could potentially rest Thursday. But that game is on TNT, so … James doesn’t think he’s playing too many minutes. You can read more of his comments on the subject here. … During their three-game win streak, the Cavs are averaging 125.3 points and shooting 52 percent from the floor. That includes 44 percent on 3-pointers. … They are also moving the ball to 29.3 assists per game. … When that happens, well, they’re pretty much unstoppable. … My goodness, Kevin Love has been on absolute tear in the two games since returning from back spasms. … All-Star Paul George is still the main man for the Pacers, averaging 22 points and 6.1 rebounds. … The Cavs stopped the Wizards’ 17-game home winning streak. It will really say something if they can also end a Pacers’ streak on the road.