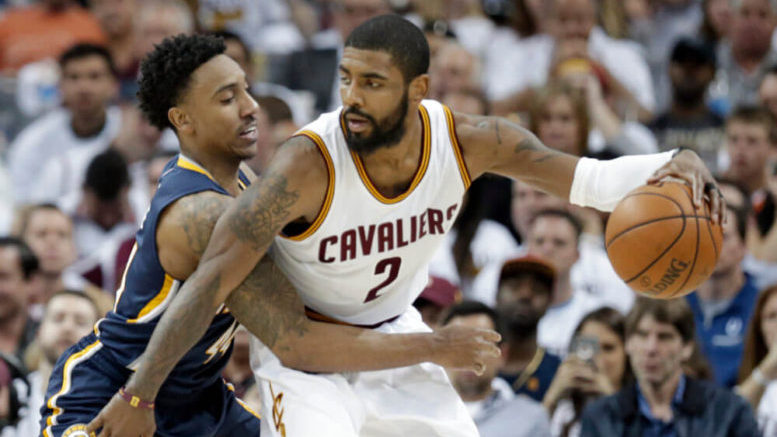 A quick overview of the Cavaliers’ matchup with the Pacers in Game 3 of their first-round playoff series.

NOTEBOOK — This is where the Cavs can make a real statement and get back to normal. … A lot of folks seem to think the Cavs are ion the verge of a sweep (including Nelly). … I’m not so sure I agree. … It’s hard to think that when the Cavs have been Team Bipolar lately, unable to hold fourth-quarter leads and just basically appearing out of sorts for at least 10 minutes every game. … There last really good game came nearly a month ago at Boston. LeBron James and the Cavs played like champions and made a statement. … It wouldn’t hurt to do that again and erase any false hopes being dreamed up by Paul George and his Pacers. … As I’ve written plenty, the Cavs need to get the ball to Kevin Love a lot in this series. … The Pacers can’t stop it. So I don’t understand why the Cavs got away from it last game. … It sounds like J.R. Smith is a go. Smith sat out the second half of Game 2 with a hamstring injury. … Man, the Cavs need J.R. to get going. If not this round, then next. … It won’t hurt if someone such as Iman Shumpert, Deron Williams or Channing Frye gets hot off the bench, too. … With Smith back, though, Shump could go back to sitting, as he did for all of Game 1 and half of Game 2. … Basically, in order to sweep, or at least win one of the next two in Indiana, someone outside of the Big Three needs to come alive. … The Cavs will don their navy jerseys for their first road playoff game of 2017.