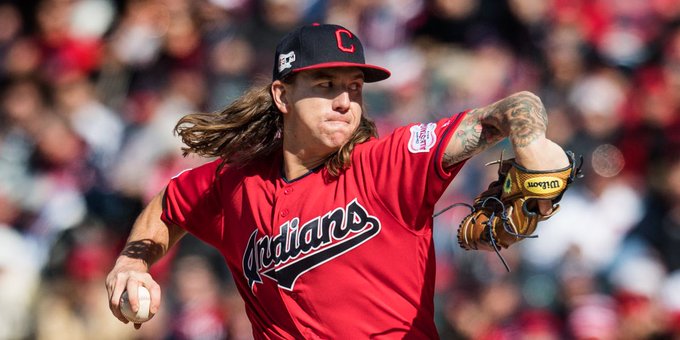 Cleveland- The Cleveland Indians are now just four games behind the division leading Minnesota Twins, after a 7-2 win Wednesday night. Cleveland defeated the Detroit Tigers for the tenth straight time on the back of Mike Clevinger’s 12 strikeouts.

Despite the Indians offense only scoring three runs through the first seven innings, a nice four run rally in the eighth created enough distance to win their third straight overall. Cleveland kicked off the scoring in the third inning when rookie Oscar Mercado ripped a two-run double scoring Tyler Naquin and Mike Freeman. Mercado is now hitting .333 (6-18) since the All-Star break with three home-runs and five RBIs.

One man who continues to make the most when given the chance is utility infielder Mike Freeman. Monday night Freeman stepped in for Jason Kipnis who was out for rest, and he hit a home run. Wednesday night it was Freeman’s RBI bunt in the seventh inning that allowed the Tribe to extend their lead to 3-1. As the Indians continue to push towards the postseason, guys like Freeman are going to be crucial.

Jose Ramirez season has been very up and down, with most of the season being considered a down. Once the calendar turned to July though, it has been more like the Ramirez of old. The switch hitting third basement extended his hitting streak to a season high nine games, batting .353 over his last 18 games.

Another man who is going to be crucial down the stretch is starter Mike Clevinger. The Indians righty had double digits strikeouts for the third time this season Wednesday night. Clevinger went six innings, allowing one run, and struck out 12 Detroit hitters, which tied his career high.

Fresh off of hosting the MLB All-Star game, Cleveland has won four of their first six games. The Indians have four more home games before heading off to Toronto. With the win Wednesday night Cleveland is now a season high 14 games over .500. Also improved to 25-10 over their last 35 games, which is good for the best in the majors