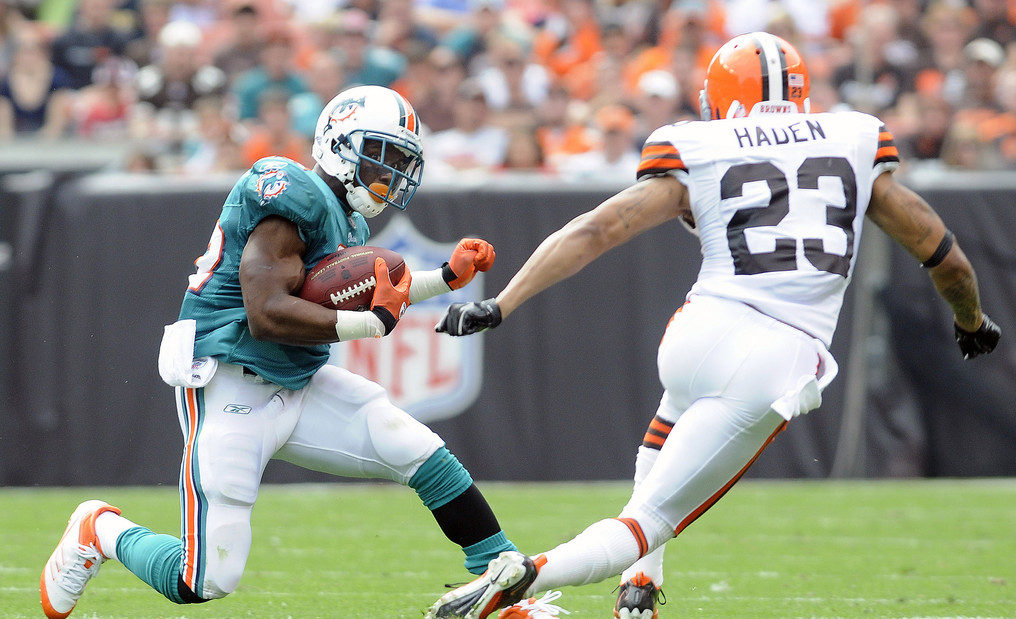 In the last segment of this series we talked about how the Cleveland Browns will suffer a loss against the Baltimore Ravens at home. In this segment we will discuss the Miami Dolphins and if the Browns will come home with a victory.

The second away game to start the Browns 2016 season is against the Miami Dolphins on September 25th. The Dolphins are looking to improve a horrific 2015 season in which they only won six games.

The last time the Browns faced the Dolphins was in week one of the 2013 NFL season. Cleveland was still trying to figure out that quarterback Brandon Weeden was not the answer. Weeden threw one touchdown to three interceptions in a 23-10 loss to start off the season.

Given the history of Weeden and his horrific quarterback play, two of the interceptions that he threw were actually not his fault.

In this play above, wide receiver Greg Little dropped a wide open crossing route that was intercepted by Dolphins cornerback Dimitri Patterson.

Not you too Jordan Cameron… yet another INT

Patterson’s remarkable interception did not stop there. He also intercepted Weeden again late in the second quarter on a pass that was behind tight end Jordan Cameron. Once again Patterson was in the right place at the right time.

Why They Will Win:

First off, Brandon Weeden is not their starting quarterback and never will be again. Robert Griffin III will suit up just fine in this week three matchup. Like I mentioned in the previous articles, Griffin III has a knack for throwing the short to intermediate routes.

If the Browns want to win this game and be aggressive at the same time, they just have to open up the running game. The Dolphins struggled greatly against the run in 2015. According to NFL.com, the Dolphins ranked 28th allowing 126.2 yards a game and 2,019 yards for the entire 2015 regular season.

When you have a great running back core with a head coach in Hue Jackson that knows how to properly utilize his backs, the Dolphins will struggle big time against the Browns. Quarterback Robert Griffin III should have an easy day completing short passes and letting his running backs do most of the work. The only thing Griffin needs to do is be accurate on these short routes; we have seen what bad passes can do (Weeden).

If the Dolphins do indeed let the Browns run successfully, RGIII will then open up his play-action deep pass and may get a few pass interference penalties that will help the Browns.

Fun Fact: Prior to that 2013 game, the Browns won the last four games against the Dolphins dating back to November 20, 2005.

What do you guys think?