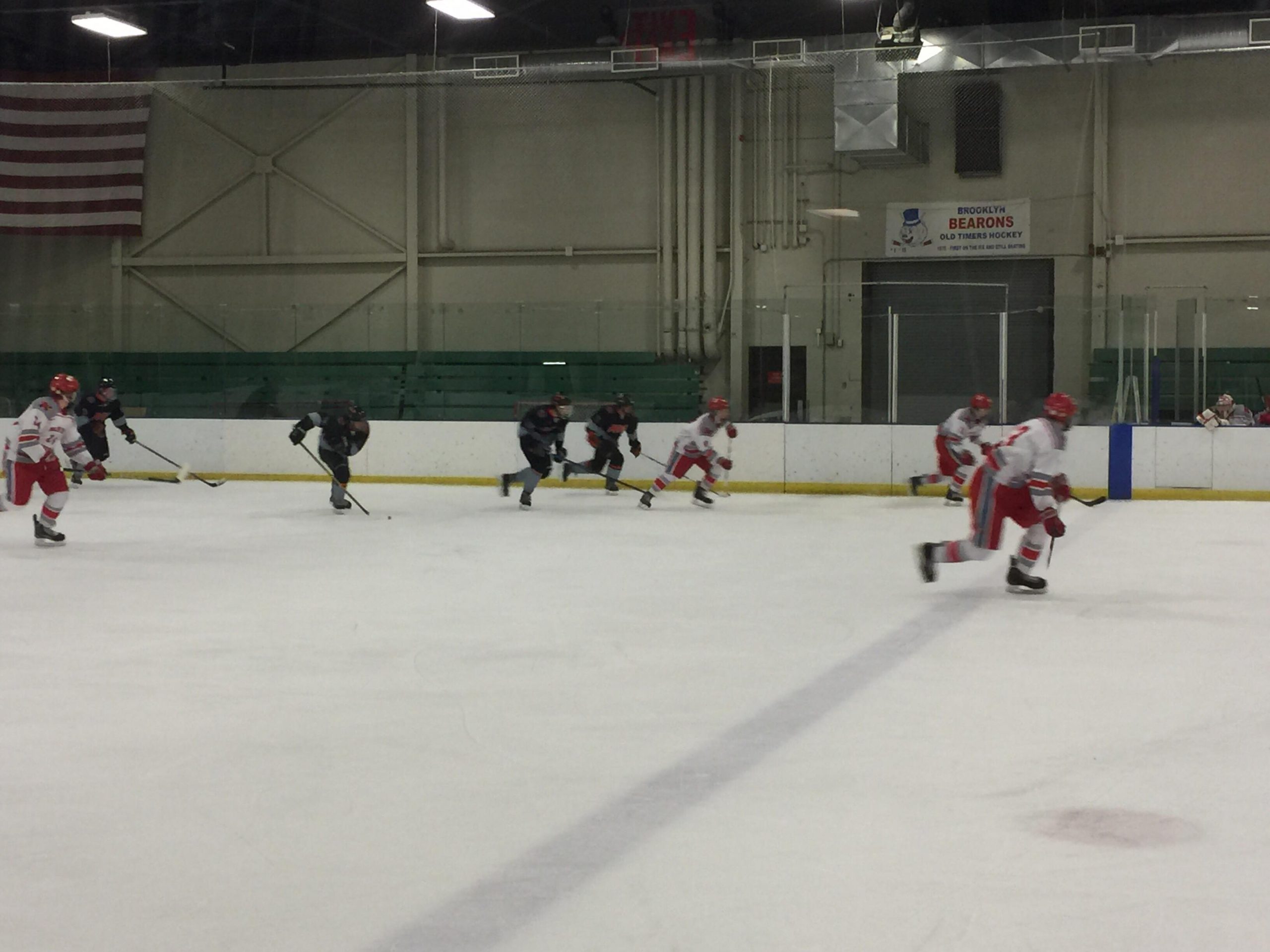 Mentor and North Olmsted both got off to an early start in the first period with the Cardinals scoring first when Evan McBride scored with 13:15 remaining, and was assisted by Andrew McBride and Kyle Backston.

The Eagles answered back less than a minute later when Shawn Donovan scored and was assisted by Riley Vertosnik. Things were quiet for a bit but at the 5:58 mark the Eagles scored an unassisted goal by Vertosnik.

Mentor fought until the end of the opening period so they did not go into the first intermission trailing, which was accomplished with 47 seconds left when Evan McBride scored goal number two, which was assisted by Backston and Andrew McBride.

A crazy opening period was upon us with a score of 3-3 to close, with neither team able to get an edge.

Mentor answers back with 47 seconds remaining. Goal by Evan McBride. (his second) Don't look at the seeding folks when you watch this game because both teams are showing it doesn't even matter. @BaronCup_GCHSHL @mentorhockey @NOEagles

In the third period, the Cardinals added on two more goals by Elliott and Heller. The Eagles didn’t go down easily though scoring a goal from Vertosnik with 6:43 in the final period, which was his third.

Evan McBride commented on the adjustment the Cardinals made between the first and second period:

“We took some criticism in between the intermission and decided to backtrack for once. We also put up pucks in the net and played better than we did before.”

With the victory by Mentor, they will face the winner of the Baron Cup I matchup Wednesday night between Cleveland Heights and Hudson. That semi-final game will take place at 5:30 pm on Saturday.

Baron Cup 2019: Invaders with 8-1 Victory with Help From Lukas George
Baron Cup 2019: Hudson Explorers Too Much for Cleveland Heights, Explorers will face Cardinals in Baron Cup I Semi-Final Saturday