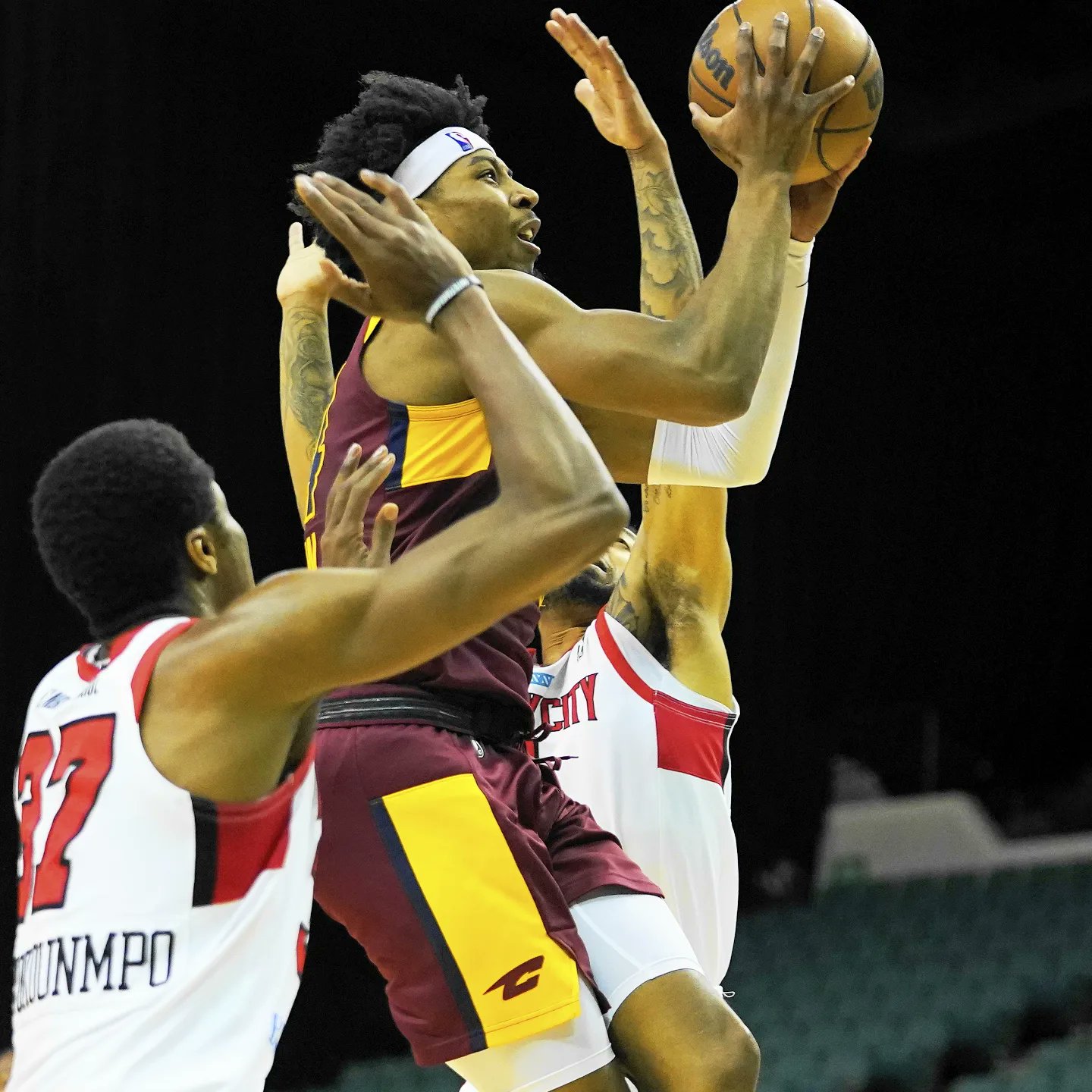 The Cleveland Charge defeated the Windy City Bulls 109-107 in dramatic fashion. Up 11 with 40 seconds left, the Charge needed late free throws from Isaiah Mobley and Sharife Cooper to seal the deal and keep the home record perfect at 6-0.

The first quarter seemed like a feel out quarter as Windy City raced out to a 10-2 lead before the Charge called time out. Out of the time out the Charge settled and turned up the defense and intensity. Head Coach Mike Gerrity explained that the focus coming out of the time out was to turn up the defense and really hone in on being more physical. The Charge did just that. Even though the Bulls finished the quarter up 30-26, you could get the sense the Charge were settling in and making the adjustments. 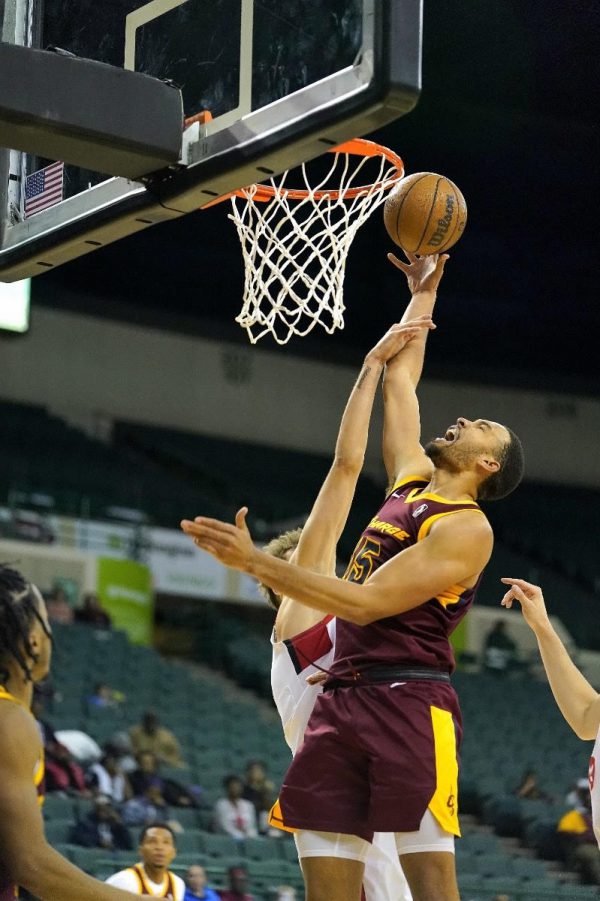 Mobley hit two threes in the quarter which is intentional for the big man. “I’ve always been comfortable, but I am starting to get a rhythm out there” Mobley said after the game. Mobley and Jamorko Pickett both looked comfortable in the first half as they paced the Charge with 15 points each. Pickett who has been challenged by coach to be more aggressive has responded in a major way. Coach Gerrity told him not to settle. And Pickett responded. Putting pressure on teams by attacking the rim, and defending, Pickett has answered the call. Shooting with confidence is a team approach as Coach Gerrity said after. “All of our guys know if they are open, step in with confidence and knock it down.” The Charge did just that and ended the first half only down 54-53. 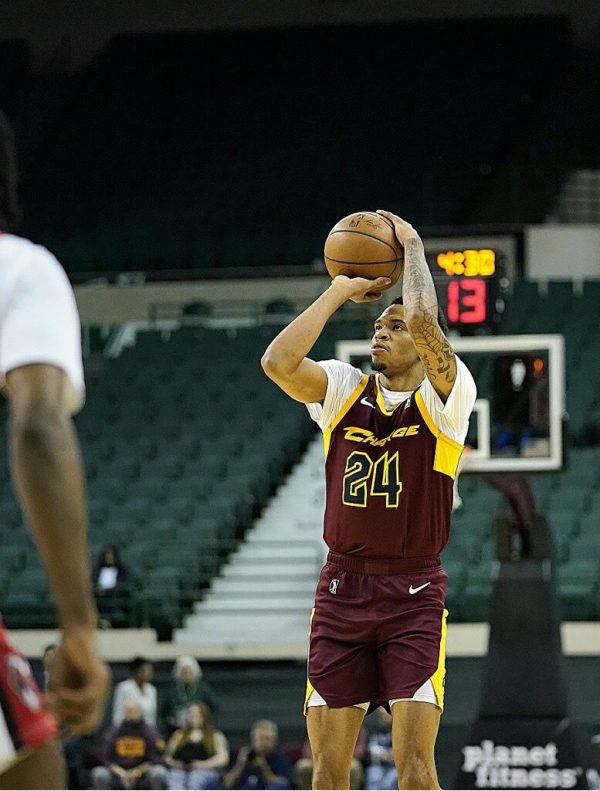 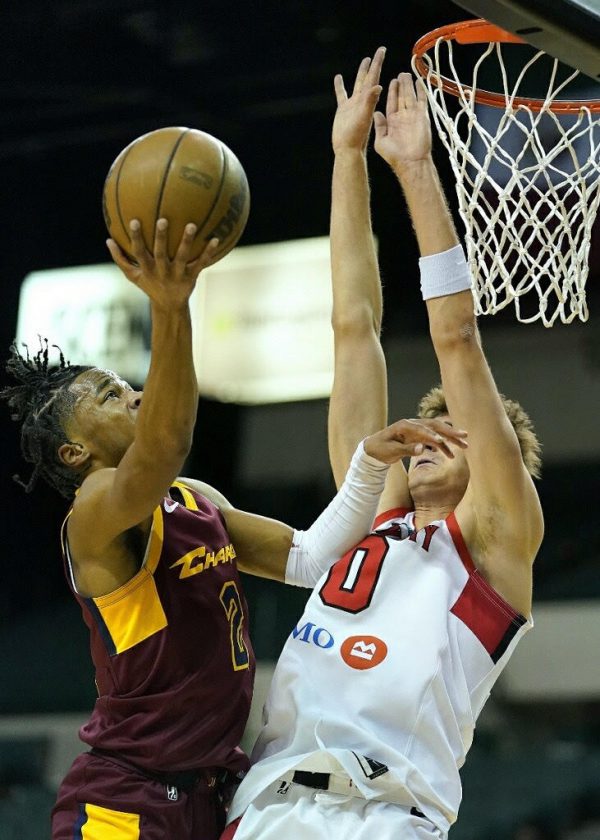 The second half started rocky. As the third quarter started, Pickett was hit in the eye and has to sit to get attended to. The Charge turned the ball over several times and Mobley picked up fouls. And then it became the Sharife Cooper Show. In the third, Cooper went on a personal 7-0 run to keep the Bulls from running away. Early in the games Cooper really looks to get guys involved and get them in rhythm. But in the second half, Cooper shows how difficult it is to stay in front of him. Cooper rather easily gets to his spots and shows the ability to continue setting guys up, while also being able to make plays for himself. With Cooper scoring, dishing, and Nate Hinton all over the place defensively, the Charge ended the quarter tied with the Bulls 77 all.

The fourth was fun. Back and forth buckets, and Mobley picked up his 5th foul. However, the pick and roll action with Cooper and Pickett was there all night but in the fourth, as everyone was in rhythm, it worked to perfection. Either Cooper passed to a wide-open Pickett or Mobley, or Cooper took it himself. The Bulls weren’t able to figure out a way effectively stop it and the Charge ran it what seemed like every play. Nate Hinton was again disruptive, and the Charge started getting separation. Pickett’s three made it 96-89 and the Charge were starting to close them out.

Charge closing it out

After a sensational Cooper drive in which he was fouled, the lead was up to 103-94 and it seemed the Charge would cruise.

But the Bulls wouldn’t go away. Windy City closed the gap to 107-101 with 30 seconds and following turnovers by the Charge, were able to make it tighter 107-105. With 12 seconds left, an offensive foul on Pickett was called and the Bulls tried to take advantage by going at Mobley, who had 5 fouls. Mobley contested the shot and got the rebound, his 11th of the night, and made one of two free throws. Cooper then made one of two free throws and the win was secured 109- 107.

Up next the first place Charge take on the Fort Wayne Mad Ants on Wednesday in a central division matchup. The Charge look to keep the home record perfect in what should be an exciting game!

US lose to the Netherlands in World Cup play, 3-1
Crunch Lose to Swerve in Cincy, 9-8, in First MLIS Match