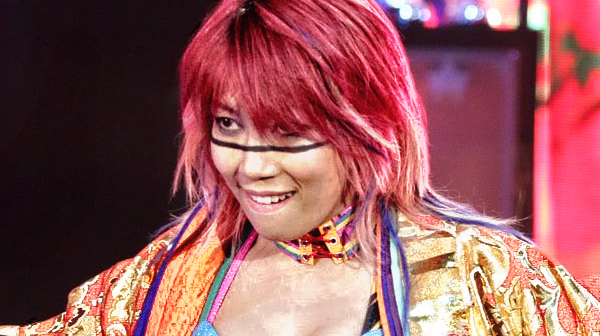 Monday night RAW saw several huge Smackdown Live names make the jump to the Red Brand.  Smackdown Live needed a big night and they had one with the likes of Jeff Hardy, Big Cass, Samoa Joe, The Miz and Asuka among others making their way to Tuesday nights.

Let’s take a look at each arrival and what it may mean for Tuesday’s moving forward.

The Miz – Okay, we knew this one was coming thanks to a loose tongued Kurt Angle last night.  This will set up an eventual showdown with Daniel Bryan at SummerSlam that many have pined for over the past several years.  It will also be interesting to see what The Miz does without his Miztourage, does he form a new one?

Samoa Joe – This move solidifies two things, one of which is that Roman Reigns will defeat Brock Lesnar at the Greatest Royal Rumble.  The other being that Samoa Joe will be jobbing to him soon after.  Joe will then take out his vengeance on “the land of handouts” on Smackdown.  An eventual showdown with another former TNA star AJ Styles already has fans excited.

Big Cass – Another superstar who badly needed a fresh start will get one.  Returning from injury at the exact right time too.  Smackdown was desperate for bad guys, and now they have a huge one.  It already appears that his first feud will be with Daniel Bryan, which is a “Giant” step up from The Big Show.

Asuka – The Empress of Tomorrow has arrived on the blue brand.  This is a genius move!  Look for Charlotte to win back her title very soon from Carmella to set up the rematch with Asuka for WWE SummerSlam.  Asuka will win the title there setting up the Rubber match at WWE Royal Rumble 2019.  Book It Now!

The Club – This was done as a favor to AJ Styles.  Nothing more, nothing less.  Clearly the “Balor Club” isn’t happening either.

R-Truth – Comedy relief has come to Tuesday nights.  I mean, without the Fashion Police, Smackdown needed something to laugh at.

The Bar – This is another tremendous move.  I wouldn’t expect them to stay together too long however.  Smackdown is short on, and much in need of middle of the road heels.  Nothing says middle of the road more than Cesaro.  Sheamus made his biggest waves as a Smackdown World Champion.  Does he have another run left in him?

These additions from RAW along with the NXT call ups of The Iconics, Sanity and Cien Almas have made Smackdown Live a can’t miss show each and every week!

If I was to fantasy book their portion of WWE Summerslam, I think we can count on

The Miz vs Daniel Bryan

The Bar vs The Uso’s

Just to name the top five on their end of the card.