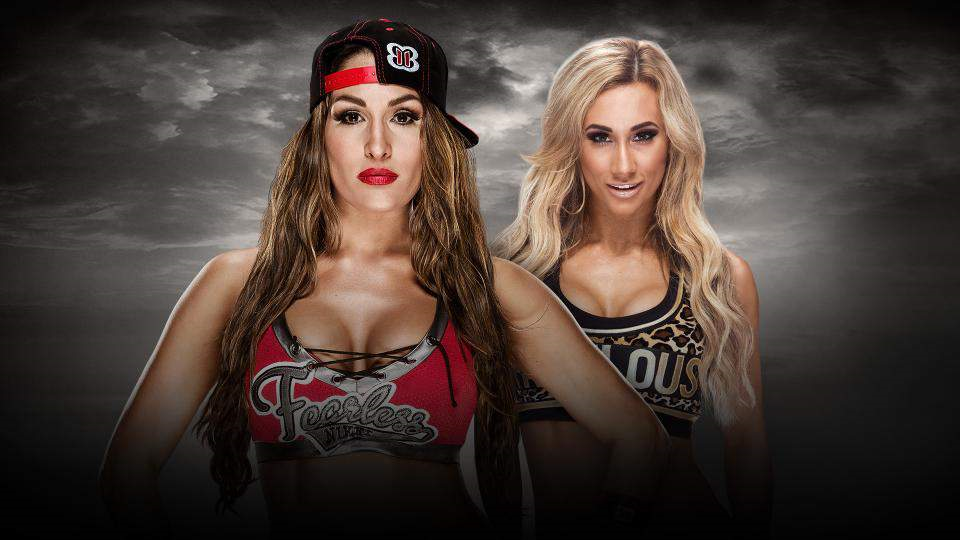 It was an interesting night live from Sacramento as the WWE put on their annual No Mercy PPV.

They made several odd choices with the production and it will be interesting to see where they take things from here.

Let’s break down a few of the more interesting items.

In an odd move, the Triple Threat Match for the WWE Heavyweight Title opened up the card. It was actually one of the best and longest matches of the night with plenty of high spots and ups and downs throughout.

The biggest highlight came towards the end when both Ambrose and Cena made AJ tap out at the same time in a double submission. Because it was both at once, the ref couldn’t decide who truly won, and instead determined the match must go on. This is smart booking because now both Ambrose and Cena have rightful claim to a rematch. In a non shocker and as predicted, it was AJ eventually hanging on to win after a couple of brutal chair shots allowed him to capture the pin on Cena.

I personally feel it was the wrong move not to have the title match last. These 3 men are the best on the brand and deserved the showcase. This takes away from AJ as they still are not giving him the rub he deserves. He won the title on a dirty trick, and they continue to diminish his push by having the cloudy finishes. Having this match open up the card and not conclude it, is just another slap in the face to Styles.

In a match so quick if you blinked you may have missed it, it was Nikki Bella running right through Carmella with ease to gain the victory. With Becky Lynch sidelined for awhile, expect Nikki to take over as the main diva on the Smackdown brand.

The WWE creative team took the Uso’s, one of the most popular teams in the federation, and turned them heel hoping it would give them a bigger push. They immediately made everyone question that decision by having the Uso’s lose to make believe tag team Slater / Rhyno. So many good tag teams on the roster, ex- Hype Bro’s, American Alpha and they have Slater and Rhyno as champ. Okay, moving on………………..

Jack Swaggar loses to Baron Corbin after Corbin cheats to gain the win. Not sure what to say here. Swaggar comes over from Raw with little hype, and continues to underachieve. Corbin, wins the Andre The Giant Battle Royal and has underachieved since as well. This match tonight did little to advance either man.

In the best match of the night it was Dolph Ziggler staving off retirement with a major win over Intercontinental champion The Miz. It was an epic battle between the two Cleveland boys that brought the crowd to their feet the entire time. It was incredibly dramatic with both men scoring several near falls until Dolph was able to dispose of the Miz after massive interference from Maryse and The Spirit Squad. Ziggler once again proved just how damn good he can be when given the chance.

In a shocking upset, it was Naomi upsetting number one contender Alexa Bliss. Strange twist here, not sure where they are going or how they are going to get there, but this loss hurts the push of Bliss and guarantee’s she wouldn’t have won over Lynch had the match taken place.

The “main event” was Randy Orton versus Bray Wyatt in a match that could have sat in the middle of the card. Slow moving, typical Orton boring style until with little to no surprise at all, the much anticipated return of Luke Harper took place to help Bray win. Not exactly a shocker and still a strange choice to close the show.