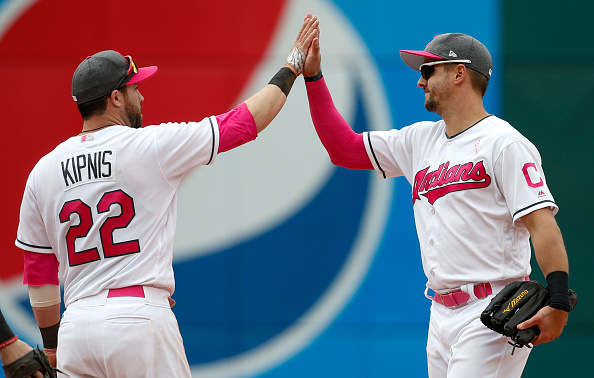 CLEVELAND– Do you need a little break from LeBron James free agency rumors?

We don’t blame you.

If you’re like us and are looking for something to get your mind off the madness, we highly suggest watching the following video courtesy of the Cleveland Indians. In it, Jason Kipnis and Lonnie Chisenhall face off in an epic battle– telling dad jokes.

What kind of shoes do ninjas wear? What happens when a frog parks illegally? What do you call a fake noodle? Watch to find out.

Trust us. You're gonna wanna watch the whole thing. ? pic.twitter.com/zzk4oS5svs