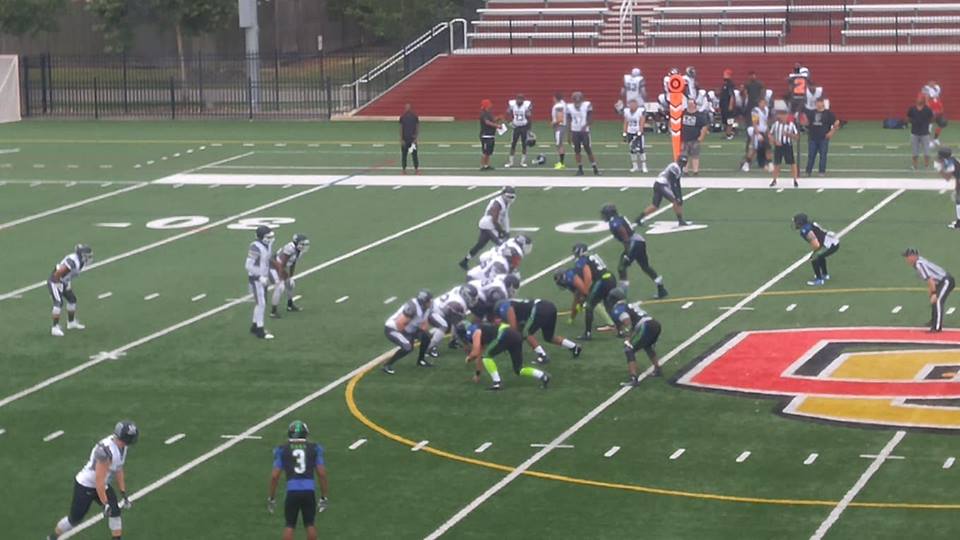 Last night’s PAFL game between the Lorain County Nightmares and Ohio Raiders featured one of the greatest finishes in league history.  With 1:37 left in the game, down 2, the Nightmares ran a 10 yard slant to CJ Powell that wound up being an electric 65 touchdown pitch and catch as the entire Raiders defense had a mental lapse and stopped playing.

To describe what exactly happened would be nearly impossible.  Powell laid out for a catch, pulled off a Matrix like move to not allow his knee’s to touch the turf, only his behind on top of another player, crouched, got up and sped 55 yards for the game winning touchdown strike!

Again, a play you have to see to believe.  In a time in which sports fans are calling the NBA boring and predictable, other fans are mad at the NFL for allowing their players to kneel at the National Anthem, Semi Pro sports where the ticket is only $5 for admission, continue to help themselves to headlines.

The full video replay of this play, and the entire electrifying contest can be found by scrolling below.