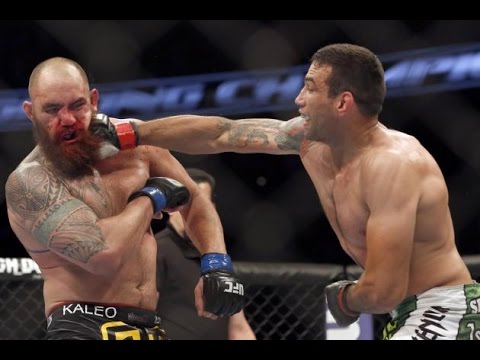 Fabricio Werdum and Travis Browne: Two heavyweights that are looking to find their place near the top of the division.

Fabricio Werdum was on top of the mountain for a very short time, as he defeated Cain Velasquez just to lose to Stipe Miocic in his very first defense in front of his home country. Werdum looks to find the magic that got him to the top of the division when he faces a familiar opponent in Travis Browne.

Last time Travis Browne locked horns with Werdum, he was trending upwards towards the best fighters in the heavyweight realm. Browne matched up with Werdum and lost via unanimous decision. Werdum went on to win the biggest prize in the UFC, where Browne went off on a little bit of a slump, going 2-3 in his last five fights.

Browne last lost to Cain Velasquez at UFC 200 and will look to quickly rebound when he faces his old foe, who can possibly be credited with stopping Browne’s momentum earlier in his career. Werdum looks to gain this victory and jump back into a title shot. Can Travis Browne put away the man that stopped his momentum in 2014? Or can Fabricio Werdum get back to the title shot and try to reclaim the title that he held very shortly?

I believe that Fabricio Werdum will win this fight with a third-round submission, bringing him back to consideration for a title shot.