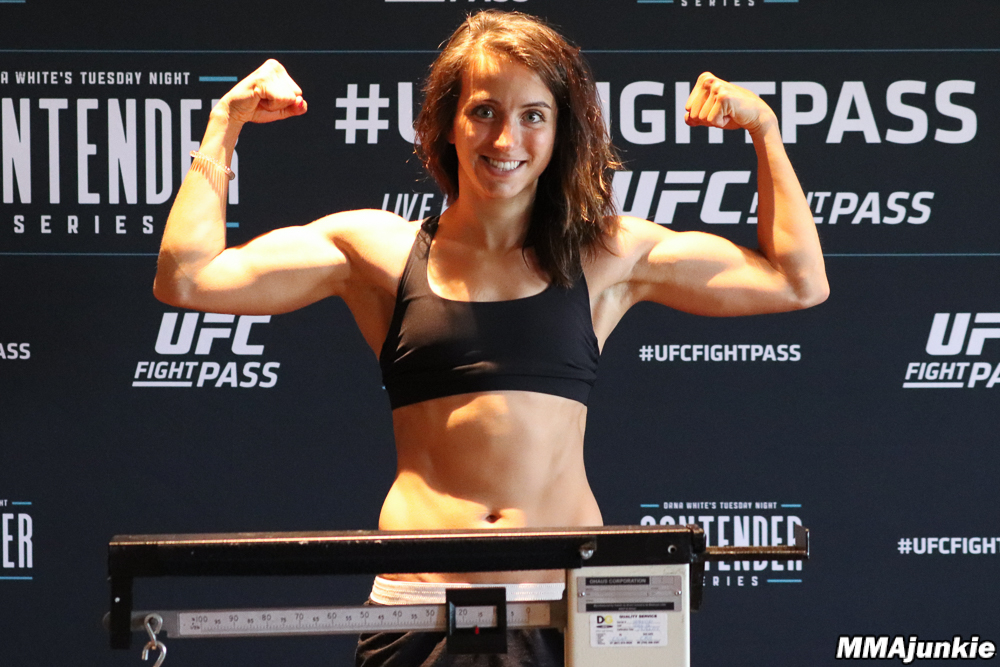 UFC Fight 139 took place in Denver tonight, the site where it all started 25 years ago.  And if you didn’t know that fact, the UFC on FS1 only took about 75 cracks at reminding you.  I’m certainly not complaining about that however, as it was actually pretty cool seeing the old footage.

It was also very nice seeing the original logo being used on the matt as well as hearing the original fight music.  All around, a pretty cool experience for hardcore fans.

Nostalgia aside, it was a pretty darn good card as the fighters kept the Denver fans on their feet most of the night with excellent action.  Some controversy, but all in all, a solid night!  Let’s get right to some of the hottest moments of the night that stood out to us.

Devonte Smith KO’s Julian Erosa in 47 seconds: As I said in the preview, watch out for Smith as this kid is for real!  He showed his toughness and explosiveness during his Iron Tiger MMA days, and appears to be reaching his stride upon his UFC arrival.

John Gunther gets choked out in under two minutes by Davi Ramos: Well,,,, that hype was short lived.  It will be interesting to see how Gunther can bounce back from his first career defeat. An impressive win for Ramos.

Ashley Yoder defeats Amanda Cooper by split decision: It was clear to see that Yoder won 2 of 3 rounds.  I have to wonder what the judge was thinking who scored it 30-27 Cooper, what was he watching?

Mike Trizano defeats Luis Pena by split decision:  Again, what was the judge thinking who scored this for Pena?  I had Trizano and his 27 leg kicks winning all three rounds with ease. Pena looked both cocky and rusty, and it cost him as he did absolutely nothing.

Maycee Barber destroys Hannah Cifers in a bloodbath:  If the UFC was in need of rising stars in their women’s Featherweight division, that have found it in Barber.  The hometown girl electrified the crowd tonight with a dominant victory secured in the second round by TKO.  Barber has spunk and is only 20 years old, the sky is the limit for her.

Beneil Dariush earns boring decision victory over Thiago Moises: Dariush was winless in his last 3 attempts, so he could care less that this fight was boring, he needed the win.  All three rounds consisted of him taking Moises to the matt and laying on him.  A slow and methodical approach, few style points but enough to win.

Germaine de Randamie defeats Raquel Pennington by decision: Pennington came in overweight and looked sluggish as Randamie picked her apart.  The striking skills of the former champ cannot be denied.

Donald Cerrone submits Mike Perry with a nasty armbar in the first round: Perry looked lost yet again the second he was on is back.  Cerrone has a new purpose now, and wants to return to 155lb.  Cerrone is now the new leader in UFC wins and finishes.  Still zero pieces of gold on his UFC resume however.

Yair Rodriguez puts The Korean Zombie to sleep: Rodriguez ends it with exactly one second left in the fight.  A brutal elbow that steals the show!