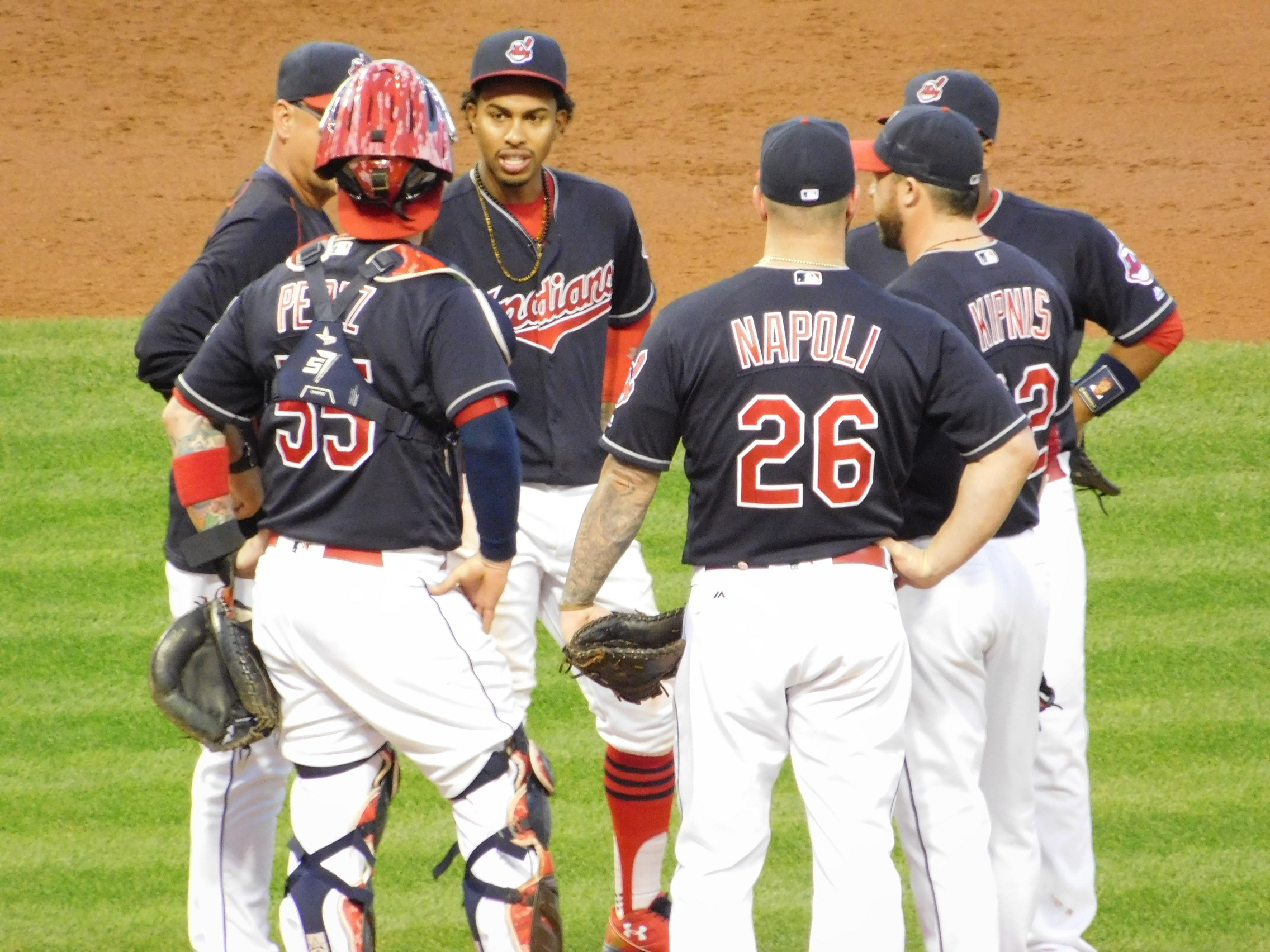 The Cleveland Indians kicked off a four-game series with the Houston Astros on Monday, sending Mike Clevinger to the mound to start for Josh Tomlin, who had been struggling since the All-Star Break.

Cleveland took advantage of the expanded rosters, as the bullpen saw a fair amount of work from seven relievers and the Tribe lost 6-2.

Clevinger allowed a run in the first inning off an RBI double from Jose Altuve, giving Astros starting pitcher Mike Fiers a 1-0 lead to work with before he even took the mound.

The Tribe could not strike in the bottom of the first and Clevinger found himself in trouble again in the top of the second, allowing a lead-off double to Yulieski Gurriel.

Manship got out of the inning, and Clevinger’s night would end at just 1.2 innings pitched, striking out three, allowing one earned run on two hits and issuing two walks.

Alex Bregman added onto the Astros’ lead with a two-run shot in the top of the third, as the rookie hit his seventh homer of the season to make it 3-0.

Manship’s day ended after just two-thirds of an inning of work and Francona went to the bullpen once again, calling for Perci Garner to work in long relief.

Francisco Lindor led off the bottom of the third with a base hit, but was called out at second base trying to stretch a single into a double.

The play was overturned, resulting in a runner at second and nobody out for Jose Ramirez, who continued his great season, driving in Lindor with a single.

Ramirez reach second on a throwing error, but the Tribe could not capitalize the rest of the inning and entered the fourth inning down 3-1.

After a scoreless fourth, Mike Napoli cut into the deficit, belting a solo homer to left field to make it a 3-2 game. It was Napoli’s 30th homer of the season.

Right-hander Joe Colon entered the game to work the top of the sixth, after Garner worked 2.2 shutout innings, allowing one hit and striking out two.

Colon worked 0.2 innings and Dan Otero got out of the inning.

It was a battle of both bullpens from then on, as Fiers’ night came to an end, and Tony Sipp and Pat Neshek worked a scoreless sixth.

Things went south for the Tribe in the top of the seventh, as Houston put three runs across on base hits, a sacrifice fly and a fielder’s choice RBI, scoring off of Otero and Bryan Shaw to make it 6-2.

Michael Feliz shut the Tribe down in the bottom of the seventh.

Cody Anderson worked 1.1 scoreless innings and the Tribe would enter the bottom of the eighth still trailing 6-2.

Feliz stayed in the game, working his second scoreless inning of the night.

Oddly enough, Tomlin came into work the top of the ninth on a night when he would have been starting under normal circumstances before Francona decided to skip his start in the rotation. The right-hander kept it a four-run game and the Tribe would have one last chance, facing 23-year-old Jandel Gustave.

Gustave retired the side in order and the Tribe fell 6-2.

Clevinger takes the loss, falling to 2-2, while Fiers improves to 10-6.

Corey Kluber takes on Brad Peacock on Tuesday night, a welcome sight for the Tribe after a long night, in which Cleveland used eight pitchers.