The Cleveland Guardians are Red Hot: What a Difference a Year Makes 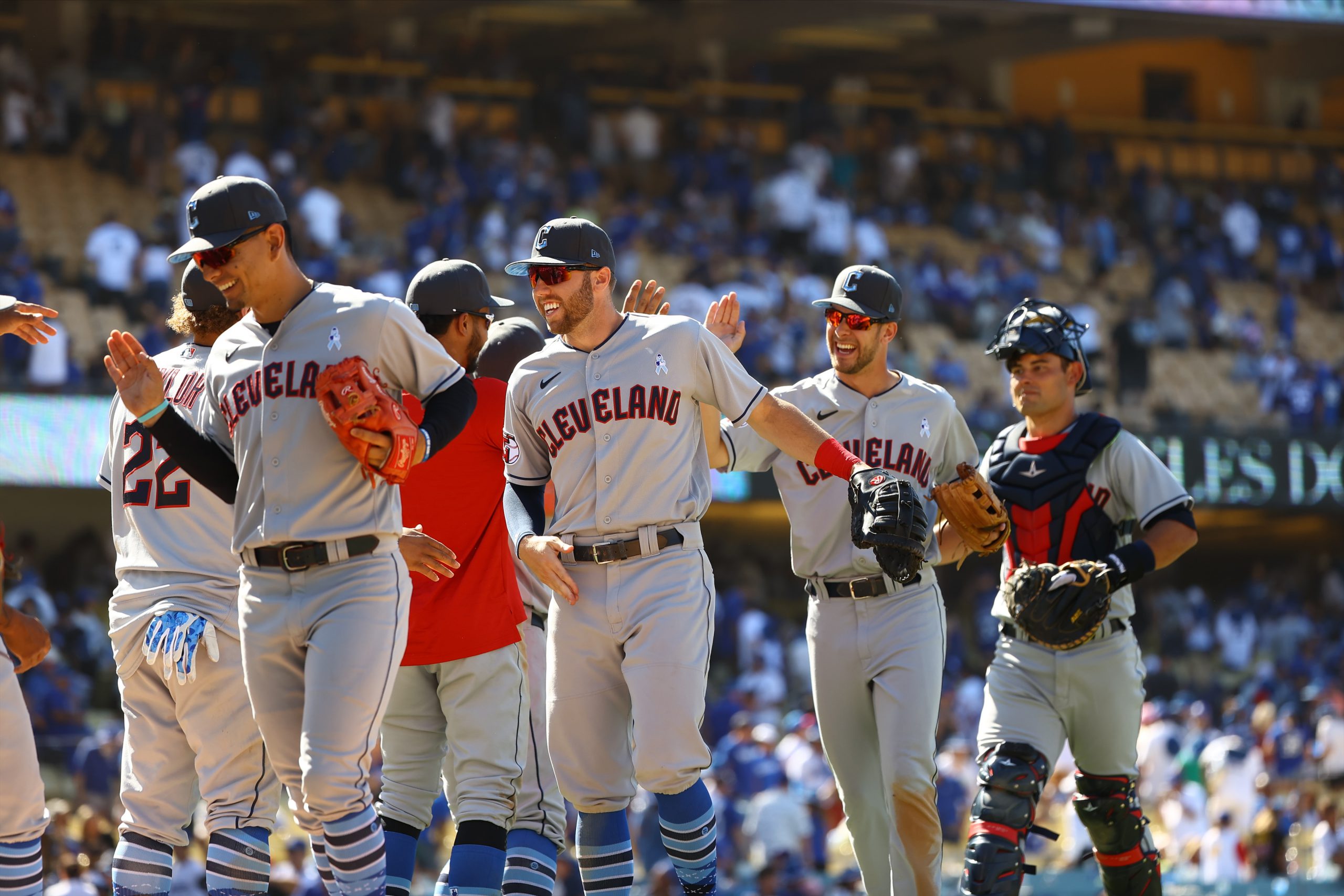 At the start of last season, Cleveland’s roster was full of youth and promise. It also included one of the best pitching rotations in baseball. There wasn’t any reason to believe the team would end with their first losing season since 2012.

Injuries plagued the squad and turned the pitching staff upside down. Starters Shane Bieber, Aaron Civale and Zach Plesac all spent time on the Injured List. There was a point where the organization was meeting daily, to solve the puzzle of who would be on the hill, the following game.

The injuries didn’t end with the players. Skipper, Terry Francona, stepped aside in July to address health issues. DeMarlo Hale took over at the helm.

To add to the woes, the offense struggled. The lineup made history, not in a good way. They set the record by being no-hit three times. Technically four, if you count a seven-inning double-header.

As we near the half-way point of the season, there is clearly something different about this team. There’s an energy that can been seen and felt. There’s a camaraderie, a team that is gelling.

The question is what makes this year different?

The Guardians have the youngest team in the majors. There are two remarkable rookies who are sparking the offense. Oscar Gonzalez and Steven Kwan have hit the ground running with the Guardians.

The 2022 season was delayed due to the MLB lockout. The Guardians played their season opener in Kansas City on April 7. They split the series. However, the biggest buzz surrounded rookie Steven Kwan.

Kwan started the season off on a tear. He batted .354 in April and put his name in the record books along the way. The 24-year-old reached base 15 times in his first four MLB games. That’s something that hasn’t been achieved since 1901. Kwan notched five hits in his third career game. This historic feat placed him as the fifth player to have a five-hit game within their first five major league games.

Oscar Gonzalez made his major league debut on May 26. His walk-up song is the theme to “SpongeBob” which was a hit with fans. The music wasn’t the only hit that Gonzalez provided. The 24-year-old recorded 25 hits thru his first 15 career games, setting a club record. Gonzalez also became the only club rookie to hit in 14 of their first 15 career games. This title was previously held by Roger Maris.

Finding their way on base

The Guardians are playing small ball.

@skwanzaa baits Lucas Gilbreath into throwing the ball away, advances to 3rd, and then Rosario bats him in with a long fly ball to center.

The patience at the plate is significantly noticeable. Jose Ramirez is chasing history with his 62 RBI. The guys are getting on base which is allowing Ramirez to bring them home when he steps to the plate.

Triston McKenzie is having a turnaround season. He’s made 40 career starts and his last 20 outings have shown grand improvement over his first 20. Since August of 2021, McKenzie has posted 13 quality starts and owns a 3.29 ERA. He’s held opposing players to .179 batting average the lowest among American League starters during that span. The 24-year-old has had success in decreasing his walk rate. He’s become a solid part of the rotation.

The remainder of the rotation is steady. Cal Quantrill and Shane Bieber both have eight quality starts. Zach Plesac has been getting the job done. In his last start against the Dodgers, he gave up five hits but only one run. Most noticeably may be his defensive skills as of late.

The bullpen is doing their part and doing it well. Eli Morgan and closer Emmanuel Clase have been on fire. They’ve combined for 32.2 inning without allowing an earned run. Since May 23, the pen holds a 1.58 ERA which is the lowest in the majors over that span. On the season, the bullpen has limited opposing players to a .197 which is the lowest in MLB.

The boys of summer are showing tenacity and grit. They simply do not quit. 9th inning rallies are becoming the norm and fans are beginning to notice there is something special about this team. On Friday night’s nail-biter against the Dodgers, Twitter was flooded with fans staying up past midnight. Their lack of sleep was rewarded with a Guardians 2-1 win in the 10th.

Cleveland will need to carry this energy into an important stretch of games over the next few weeks. First up, is a series against the Minnesota Twins who are one game up on Cleveland in the American League Central.