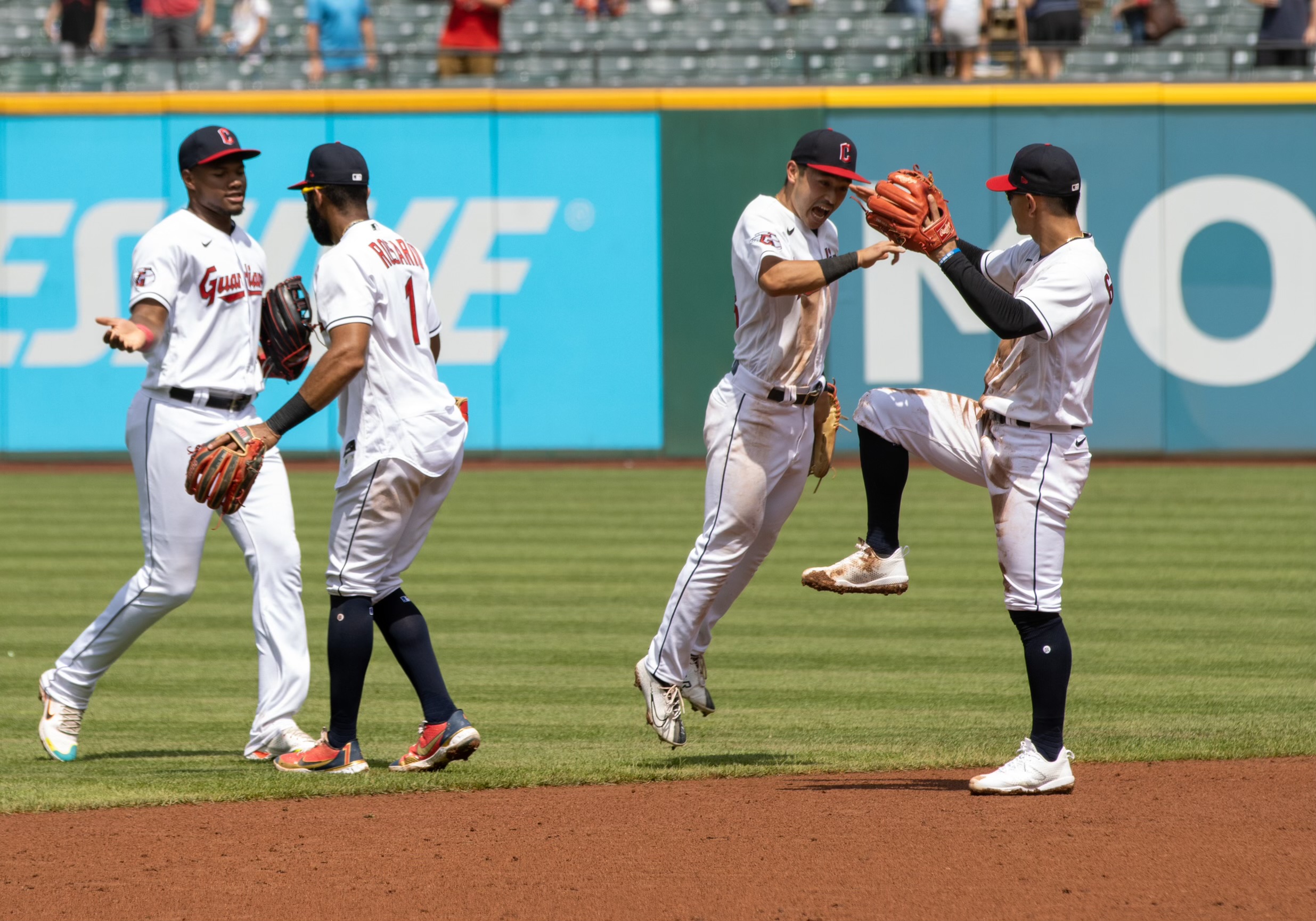 The youngest team in baseball has made history. 16 players made their major league debut with the team this season. On Sunday with a victory over the Texas Rangers, the Guardians (86-67) clinched the AL Central Division.

This is the 11th time since 1995 that Cleveland has won the AL Central. The last time they clinched the division was in 2018.

The Guardians scorched through their last 22 games winning 18. During that stretch they’ve won their last seven games.

Taking down the competition

Talk of a weak division doesn’t undermine what this team has done. They weren’t handed anything. Cleveland dismantled their competition. Just a few weeks back the division was locked in three-way race.

On September 9th, the Guardians held a 1.5 game lead. They had 15 games in 14 games. These games were do or die as 12 of them were against the Twins and White Sox. During that stretch Cleveland put their foot on the gas and buried both teams by going 13-2.

First up, the Guardians knocked the down the Twins, who were tied for first on September 4th. In the eight games against Minnesota, Cleveland went 7-1 essentially sealing the Twins fate.

Then they proceeded to shut down the White Sox. Cleveland went to Chicago and swept the second-place White Sox in a three-game series. Complete domination led them to the title. Smack talk by White Sox players and fans just added fuel to the fire.

Josh Naylor made sure to let them know:

Guardians have a strangle hold on AL Central now 😤

This team was forecasted to go nowhere. They had a different plan. They play solid good ole baseball. It isn’t flashy and there aren’t egos. Every player on this roster has been instrumental in getting to the AL Central title.

Sometimes there are better players, but not a better team. The whole is greater than the sum of its parts. The Cleveland Guardians are the definition of team. Confidence is not lacking. Each player not only believes in themselves but in one another.

Some say they’re playing hot down the stretch. Yet they’ve played the same consistent way all season. They’re not doing anything differently. Catcher, Austin Hedges, put it perfectly when he said, “We don’t rise to the occasion…the occasion is every day.”

Upon clinching the AL Central, Cleveland will play in the best-of-3 Wildcard Series. The Guardians are the number three seed so they will host the number six seed Wild Card. As of print time, that would be the Seattle Mariners. The Wildcard Series will be played October 7-9. The winner of that series will face the Yankees.