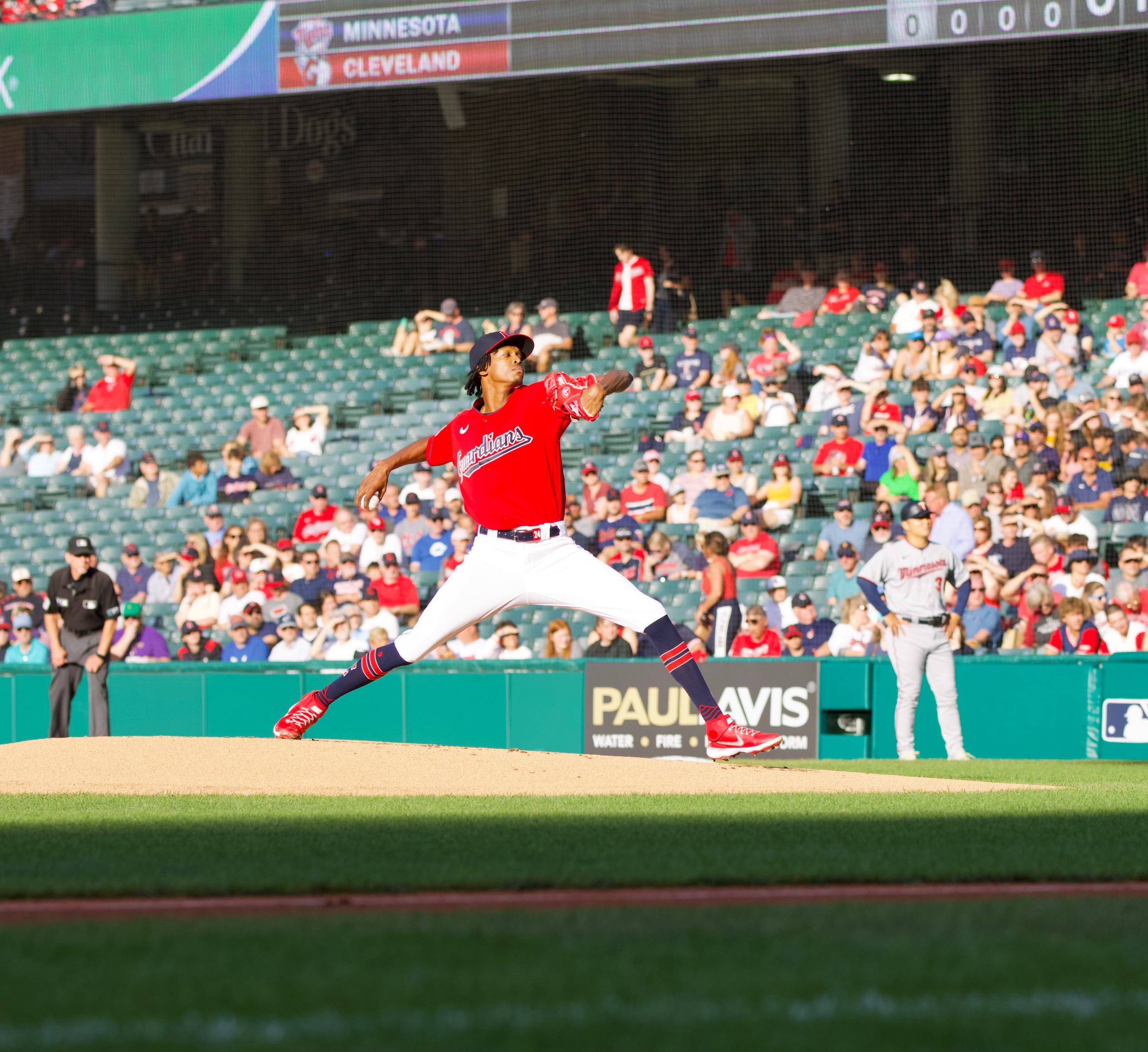 CLEVELAND – On Monday night, the Minnesota Twins came into Cleveland holding a 2-game lead in the Central Division. The Guardians play host to the Twins for a pivotal 5-game series. Triston McKenzie took the mound for the Cleveland Guardians. McKenzie had a rough start last time out against the same Twins team. He gave up 6 runs in 4.1 innings pitched. He also gave up 9 hits, 3 of which came from the homerun variety. Following a start giving up 4 or more runs, McKenzie has been spectacular this season. He has gone 1-0 with a 1.46 ERA and is holding opponents to just a .191 batting average. Sonny Gray took the mound for the Twins. He was looking to bounce back from a shaky start last time out as well. He gave up 3 earned runs in just 4.0 innings. The series for both teams will prove important as the season heads closer to the All-Star break.

Aside from striking out two batters in the first inning, Triston McKenzie struggled early. The Twins jumped on McKenzie in the 2nd inning. After a hit batter and a double, Gary Sanchez sent McKenzie’s 1-0 pitch 430 feet in the left-field bleachers to put the Twins up 3-0. Two innings later, the Twins got right back to it. The Twins started the 4th inning with four straight hits. This allowed two runners to score and stretch their lead to 5-0.

After breezing through the fifth inning, McKenzie got struck again in the sixth. Left fielder Steven Kwan took away extra-bases from the Twins to lead off the inning. Minnesota’s Alex Kiriloff tried to stretch a leadoff single into a double but was met at second base by a perfect throw from Kwan. Three batters later, Nick Gordon sent McKenzie’s first pitch into the right-field seats for a 2-run homerun to put the Twins up 7-0.

The sixth inning would be the last for McKenzie. He finished with another rough line of 6.0 innings pitched, 8 hits, 7 ER, 1 BB, 2 HRs, 1 HBP, and 2 wild pitches. The only positive that can come from a start like that is the seven strikeouts he had. McKenzie falls to 4-6 on the season with the loss.

Minnesota Twins pitcher Sonny Gray found a groove early in the game Monday night. It took Gray only 5.1 innings to get through the Guardians order twice. Through those innings, he only gave up 3 hits, did not walk a batter, and had 3 strikeouts. The Cleveland hitters were struggling to hit Gray all night. Gray kept his pitch count low throughout his outing.

Sonny Gray finished with an impressive line. He pitched 7.0 innings, struck out 3 batters, walked 1, and only gave up 3 hits. He improves his record to 4-1 on the season with the victory.

The final score for the game saw Minnesota route Cleveland 11-1. Minnesota added 2 more runs in the seventh inning thanks to a 2-run homerun from Carlos Correa. They also added 2 runs in the 9th. Cleveland scored their only run with 2 outs in the bottom of the 9th when Myles Straw scored on a wild pitch. The Twins extend their division lead to 3.0 games after the win. The Guardians on the other hand have now lost 5 straight games.

The Guardians and Twins play a day/night doubleheader on Tuesday. Game 1 starts at 1:10 PM. Minnesota will send LHP Devin Smeltzer to the mound facing off against Cleveland’s Zach Plesac. Smeltzer boasts a 4-1 record with a 3.05 ERA. Plesac will enter the game with a rough 2-5 record with a 4.17 ERA.

Game 2 of the doubleheader will start at 7:10 PM. The Minnesota Twins starter will be Josh Winder who has started in 3 of his 7 appearances this season. He holds a 2-2 record on the year with a 3.68 ERA. Konnor Pilkington will be on the hill for the Guardians.

Stat of the Night

In the top of the ninth inning, Ernie Clement came into the game for the Guardians to pitch. He is the first position player to do so for Cleveland this season. It is also the first time since Mike Freeman did it on June 29, 2019, against the Baltimore Orioles. 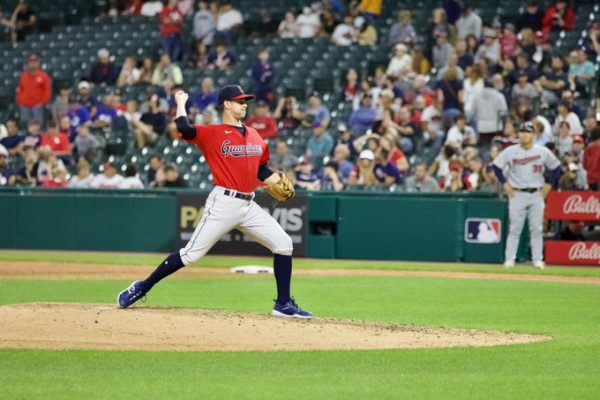