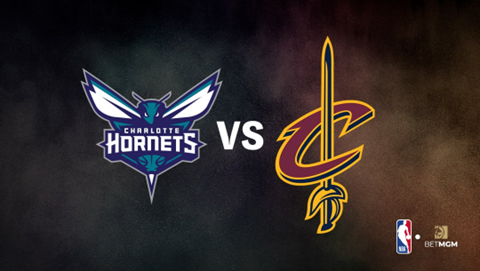 After starting the season with an 8-1 record, the Cavs dropped 5 straight games. During those stretch of games, they were without Donovan Mitchell for 1, Jarrett Allen for 2, and Dean Wade for 3. They were missing key pieces to the team during a bad stretch of basketball. On Friday night, the Cavs got their big man back as Jarrett Allen returned to the lineup. Meanwhile, Charlotte lost their starting point guard LaMelo Ball again to an ankle injury. The Cavs looked to get back on track on their homecourt Friday night.

Mitchell and the Cavs Start Quick

At the start of the game, Donovan Mitchell and the Cavaliers were hitting their shots. Mitchell himself started 4-4 from the field with 11 points. His running mate in the backcourt Darius Garland started 4-5 from the field. Garland added 8 points of his own in the first quarter. Defense, however, is what started the best for Cleveland. The Cleveland defense had 2 blocks and forced 2 turnovers in the opening quarter. They also held the Hornets offense to just 14 points. At the end of the first quarter, Cleveland led 28-14.

After shooting poorly from the field in the first quarter, Charlotte needed to ramp up on offense. The Hornets were led by Kelly Oubre Jr and Terry Rozier in the 2nd quarter. Rozier had 7 points in the quarter for the Hornets. Oubre added 9 points of his own. Overall, the offense for Charlotte was smoother than the first quarter and they were getting open looks from their best players. In the 2nd quarter, Charlotte outscored Cleveland 32-30. The Cavaliers still led the Hornets 58-46 at halftime.

The 3rd quarter of the game was back and forth throughout the whole quarter. Neither team could gain any sort of momentum to carry into the 4th quarter. Both teams scored 24 points in the third and the Cavs led 82-70 heading into the final quarter. Throughout the first few minutes of the 4th quarter, Cleveland looked to have the game in the bag. They led by 16 with just over 8 minutes to play in the game. However, Charlotte came storming back. With just 3:11 to play in the game, the Cavalier lead had been cut to just 5. The Cavs extended their lead back to 10 points with just under a minute to play. That meant the Cavs were going to come away with a win. Or so we thought. The Hornets went on a 12-2 run in the final 52 seconds of regulation! The game was sent into overtime after Terry Rozier knocked down a game-tying 3 with just 1.1 seconds left. 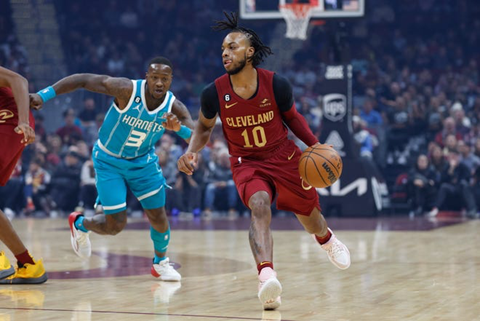 Throughout much of the first OT, both teams were trading baskets. Kelly Oubre scored another 6 points for the Hornets in OT. Shaker Heights native Terry Rozier also scored 5 of his own. Of his 5 OT points, 3 came on a go-ahead 3-pointer with 22 seconds left to play. On the Cavs side, it was Darius Garland taking over. He scored 10 points in the extra period. The biggest of his points came on a game-tying 3-pointer with just 13 seconds left. The shot opportunity would not have been possible without a big offensive rebound from Cavs power forward Evan Mobley. Garland’s 3-ball sent the game into a 2nd overtime.

After a back-and-forth game for the last 2 periods, the Cavaliers finally put the game away in the 2nd overtime. Team defense led the way for the Cavs in the 2nd extra period. Although the Charlotte Hornets grabbed multiple offensive rebounds to create 2nd chance opportunities, the Cavs defense held their ground. In the 2nd overtime, the Cavs outscored Charlotte 12-2! Big defensive stops from Evan Mobley and Jarrett Allen were key to the victory in the extra time. When the final buzzer sounded, Cleveland came out on top 132-122. With their victory, the Cavs improved to 9-6 including 5-1 at home.

On Sunday night, the Cavs will welcome the Miami Heat into town. On Friday night, Miami only had 7 players available due to multiple injuries. They leaned on the veteran play of point guard Kyle Lowry. Lowry notched a triple-double in the overtime loss to the Washington Wizards. The Cavs will look to improve to 10-6 and continue to defend the home court.