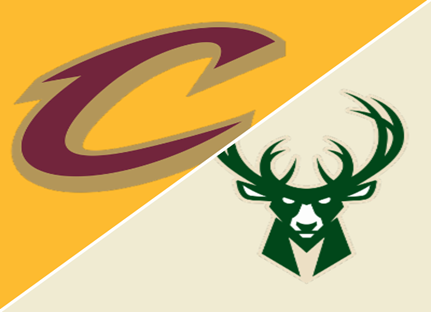 On Wednesday night, the Cleveland Cavaliers traveled to take on the Milwaukee Bucks. Milwaukee had been led to their 10-3 record by two-time MVP Giannis Antetokounmpo. The Cavs came up short on Sunday night against the Timberwolves. They looked to right the ship after dropping 4 straight games. The Bucks were coming off back-to-back losses to the Spurs and Hawks as well. Both teams were dealing with a slew of injuries as well. Cleveland was without Jarrett Allen and Dean Wade. Milwaukee was without Jrue Holiday, Khris Middleton, and Pat Connaughton.

Coming into the game, the Cavaliers were without their All-Star Center Jarrett Allen. Allen leads the Cavaliers in rebounds per game with 11.5 per contest. Milwaukee took advantage of that right from the jump. They were doing it on both ends of the floor as well. Milwaukee’s offensive rebounds were gaining them 2nd chance opportunities. Many of those led to free throw attempts. In the first half alone, Milwaukee attempted 20 free throws compared to Cleveland’s 8. Cleveland was also rebounded in the first half 24 to 12. At the break, Milwaukee led by a score of 61-60.

Brook and the Bucks Dominate

The Bucks got going right out of the break in the 2nd half. Their offense was led by big man Brook Lopez who had a team-high 18 points in the first half. Milwaukee opened the 3rd quarter with a 16-3 scoring run including 13 straight. Brook Lopez was the number 1 catalyst. After knocking down 4 three-pointers in the first half, Lopez added 3 more in the 3rd quarter. The Cleveland defense simply did not have an answer for Milwaukee’s offense. The Bucks outscored the Cavs 34-18 in the 3rd quarter and took a 95-78 lead heading into the 4th.

Coming into the game, the Cleveland Cavaliers had surpassed 100 points in each of their first 13 games. At halftime, they were on pace to keep it that way. However, Milwaukee’s defense stepped up big in the 2nd half. Donovan Mitchell was held to just 5 points in the 2nd half. All-Star point guard Darius Garland was also held to just 8 2nd half points. For the first time all season, the Cavaliers did not reach 100 points. Milwaukee outscored Cleveland 52-38 in the 2nd half on their way to a 113-98 victory.

On Friday night, the Cavs will begin a 4-game homestand against the Charlotte Hornets. Charlotte will go into the game with a 4-12 record on the season. The Cavs will look to use this homestand to get back on the winning track. After winning 8 games in a row, they have now dropped 5 in a row. The Hornets young point guard LaMelo Ball will be questionable for the game on Friday night. He reinjured his left ankle on Wednesday night in a losing effort against the Indiana Pacers. Meanwhile, the Cavs will look to get back either Jarrett Allen or Dean Wade after they missed consecutive games.

Cavaliers Lose Nail Biter; Drop 4th Straight to Minnesota
The Cavs Get Back in the Win Column After 2OT Win Over the Hornets