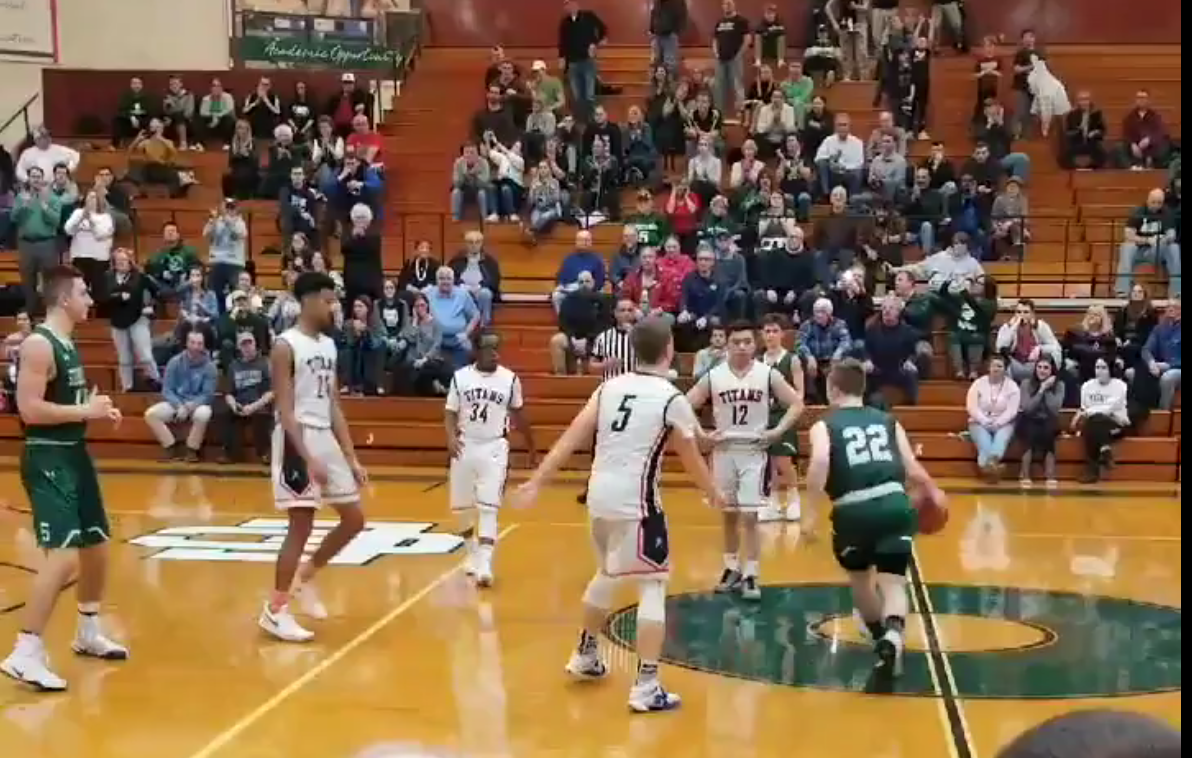 ELYRIA, OHIO– The Strongsville Mustangs took down a tough and scrappy Berea-Midpark Titans team in the Division 1 District Semi-finals action at Elyria Catholic by a score of 58-40.

The Mustangs led this game from the beginning, but the Titans had some runs to make it exciting heading into the last quarter. Senior Omari Peek got his game going early on for the Mustangs with a thunderous dunk, and his fellow teammates answered the call as well. Bernie McGivern was clutch all night when Strongsville needed him most, and Shaun Csire was a force in the paint that the Titans could not account for.

Berea-Midpark used a complete team effort to make it tough for Strongsville down the stretch. Leading the way for the Titans were Dwayne Holland with eight points and Luis Vega with seven off the bench.

The Mustangs used a full-court press to disrupt Berea-Midpark and led early after one, 18-15. The Titans could not match up with the big three of McGivern, Peek, and Csire.

McGivern led all scorers finishing with 23 points, including a last-second, one-handed shot as time expired. Peek put in a cool 20 points highlighted by a fast break dunk, and Csire chipped in with 11.

With the win Strongsville moves on to play the top-seeded Lorain High Titans on Saturday night for the district crown.

This will be a regular season rematch for both teams heading into the championship game. Lorain was victorious at home in earlier action, 64-59. Tickets will be on sale Friday morning at both schools.