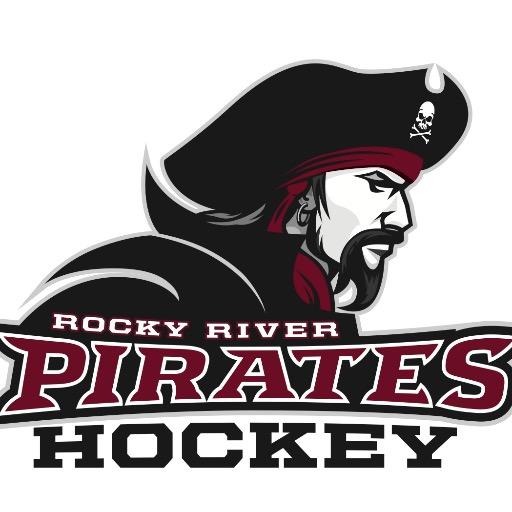 BROOKLYN, Ohio- The second game of the day saw the 2018 Baron I champs, the Rocky River Pirates, take on the Padua Bruins. Coming off an impressive win against Shaker Heights in the Baron Cup championships, The Pirates looked to keep the ball rolling against the heavy underdog of Padua. Padua came into the contest at 3-28, compared to Rocky River at 21-10 on the year.

In a First period that saw Padua Goalie R.J. Shuette getting peppered for the first 5 minutes, Padua was able to take a 1-0 lead over The Pirates after a breakaway goal from Justin Eles. Persistence pays, however for the Pirates as they net three unanswered goals before the end of the frame. Goals scored by Tommy Coughlin and the Weaver boys, Hayden and Nolan. The Pirates took a 3-1 lead over The Bruins going into the second period.

The Pirates picked right up where they left off in the first, playing physical hockey and keeping possession of the puck for a majority of the period. The second period featured an inspired defensive effort from R.J. Shuette and the Bruin defense. Despite giving up 19 shots on goal in the period, Padua held strong and pitched a shutout in the second. Unfortunately for the Bruins, they too were shutout in the period. An interesting moment at the end of the period however. With 2.5 seconds left, Rocky River player Eddie Zuercher was called for hooking, giving Padua a power play to start the third period, still down 3-1.

Padua looked for a fast start to cut the lead to one while they had a power play to start the third. Unfortunately for the Bruins, the Baron Cup champs had other ideas. The special teams for The Pirates was on display. Ted Steuber (assisted again by Noah Hess) got one by Shuette at the 1:04 mark of the third. Persistent peppering by River lead to another goal with 52 seconds to play. Goal scored by Spencer Asmar. The Pirates of Rocky River defeated Padua by a final score of 5-1. They will move on to play the winner of the 7:30 game, Olmsted Falls vs Avon Lake.