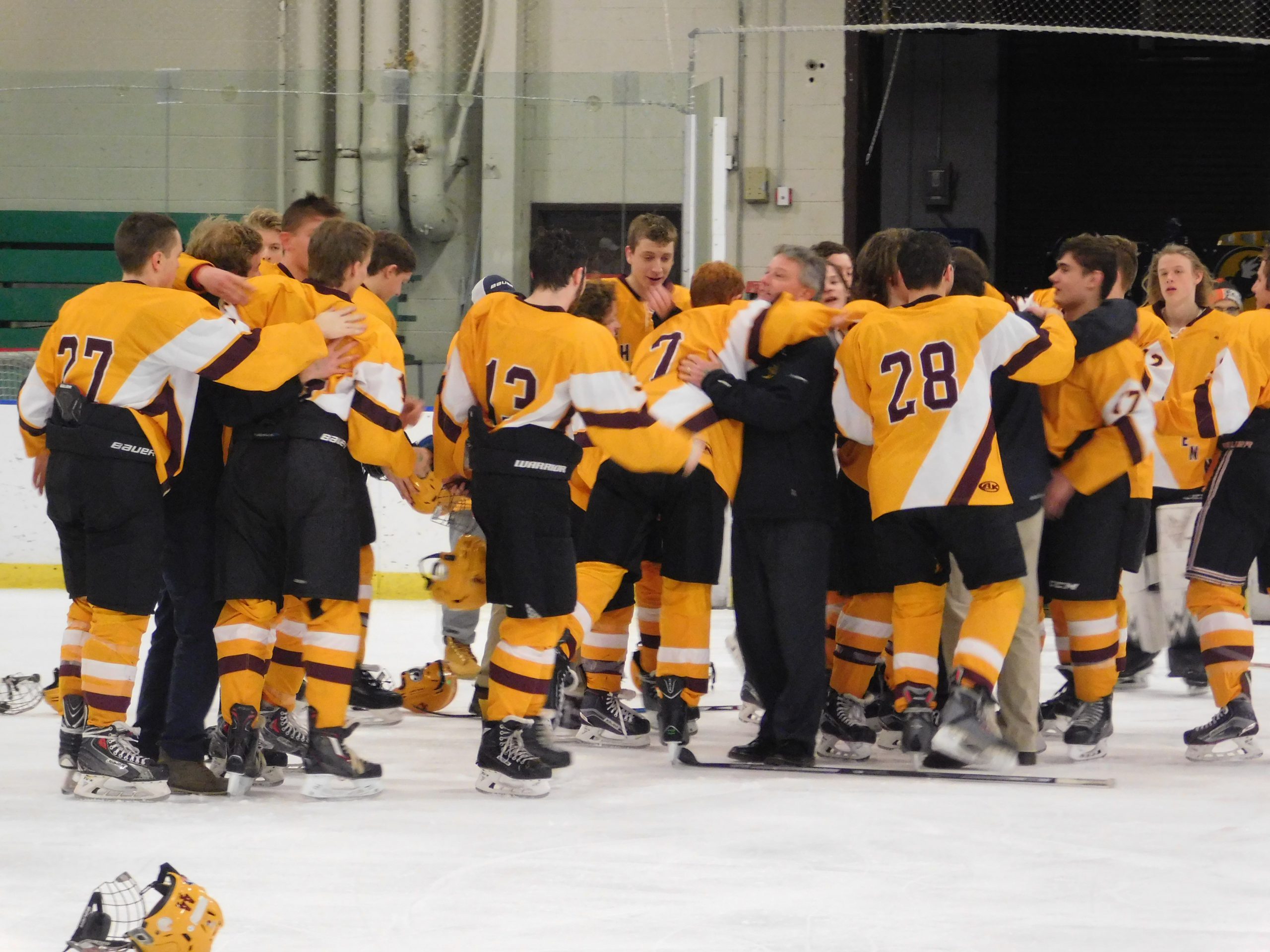 BROOKLYN, Ohio- The final game of the day had the Bulldogs of Olmsted Falls taking on the Shoremen of Avon Lake in a grudge match, with both teams splitting the season series at one win a piece. The Shoremen were coming off of an impressive 26-6 record on the year. Their last action saw them take on the Amherst Steele Comets in the opening round of the tournament. That matchup of 2018 Baron Cup Champions saw the Baron III champs take out the Baron II champs as Jared Aslaksen and the Shoremen took out the Comets in OT. Their opponent, Olmsted Falls, is looking to rebound after a heartbreaking loss in their last outing. They fell to the aforementioned Amherst Steel Comets in the Baron II championship. Lead by Dom Conte, the Dogs looked to get back on the right track against a high powered Shoremen attack.

The first period got off to a fast start. After not being in the starting lineup, Jared Aslaksen subbed in and scored off of a face off just 54 seconds in. Approximately 4 minutes later, The Bulldogs tied it up with a Brady Fitz-Patrick score, assisted by Max Kirth-Gruszczynski. Not to be outdone, Jared Aslaksen found the back of the net once again after finishing a breakaway opportunity. A cross checking penalty on Connor Koncelik with 30 seconds to go gave the Bulldogs a power play for the remainder of the first, and the start of the second. The Bulldogs went into the locker room down 2-1 after the first, despite outshooting the Shoremen 18-10.

Olmsted Falls couldn’t convert the power play they had from the previous period. The first five minutes of the period was a showcase by Shoremen goalie Dillon Aslaksen. Turning away shot after shot on a devastating Bulldog attack. Aslaksen could only hold off the attack for so long, and Max Kirth-Gruszczynski cracked the code with 10 minutes left in the period. Tied at 2-2, the Shoremen went back on the attack. They rattled off 4 unanswered goals. Jared Aslaksen gave the Shoremen the lead once more on a short handed goal. At the 11:23 mark of the third period, Tommy Kacmarcik pushed the score to 4-2 in favor of Avon Lake. Penalties on Brady Fitz-Patrick and Max Kirth-Gruszczynski gave the Shoremen a 5 on 3 advantage, and Avon Lake capitalized. Connor Koncelik scores the power play goal, assisted by Jared Aslaksen. With time running down in a second period dominated by Avon Lake, the Shoremen added another goal with 22 seconds left to push the lead to 4. Patrick Graney got another one by Angelo Hanson to give Avon Lake a 6-2 lead over Olmsted Falls going into the final period.

The Bulldogs went into the third period down 6-2. The physicality ramped up between both teams and play started to get chippy. Multiple penalties on the Shoremen lead to a 5 on 3 score from Zach Henley. As things started to heat up, the Shoremen put the game on ice. A goal for Connor Koncelik (assisted once again by Jared Aslaksen) sealed up a hat trick for him, and a win for Avon Lake. The Shoremen take out the Bulldogs by a final score of 8-3. The Shoremen will meet the Rocky River Pirates in the next round in what is sure to be a classic.