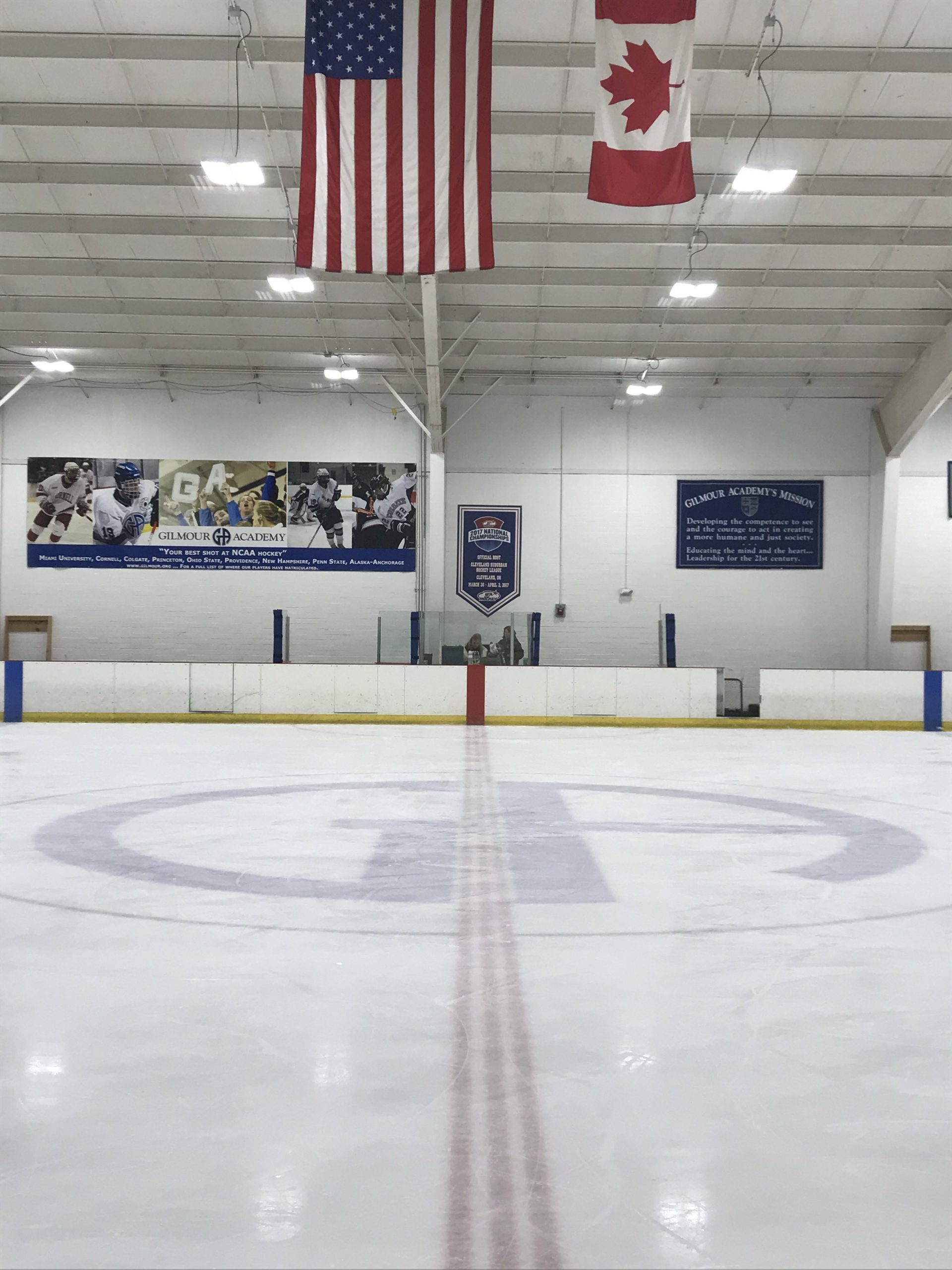 GATES MILLS, OHIO – The NDCL Lions beat the Mayfield Wildcats 5-4 by way of the shootout a day after Thanksgiving in high school hockey action.

The game was locked at four apiece at the end of regulation. Because of tournament rules, the match went straight to a shootout, with NDCL winning the shootout 2-1.

Mayfield jumped out to an early 1-0 lead with a goal by number 5 just 43 seconds after the initial puck was dropped.

NDCL was able to counter with their own score just four minutes later when a Lion Forward skipped one in past the diving Mayfield goalie.

What was more impressive than the quick response from Notre Dame was the fact that their first goal came on just their second attempt at scoring, a storyline that held throughout the game.

While the Lions were only able to muster 20 shots against Mayfield, they were able to make the most of their opportunities to score four. In contrast, Mayfield pelted the NDCL goalie with a total of 50 shots through three periods of regulation.

Just glancing at the raw stats of this game would tell you that Mayfield handled the Lions; however, the Lions’ defense was able to keep them in the game, even when Mayfield had possession of the puck for the majority of the time. Mayfield was all over the puck when it dropped, winning 13 out of 49 face offs during regulation.

The Wildcats were able to retake the lead when number 6 scored his first of two goals in the matchup, putting Mayfield ahead 2-1 for the remainder of the first period.

Notre Dame’s head coach must have said something inspiring during the period break, because the lethargic Lions skaters came out firing in the second period. Their leading Forward number 5 was able to tie it back up with a goal just 27 seconds into the second period.

Mayfield once again retook the lead when number 13 scored a goal of his own with 8:25 left to go in the second period. The lead did not last long, however, because the Lions’ number 19 tied it back up at 3 with 2:24 before the end of the second period.

After a brief recuperation period in the locker room, both defenses came out firing in the third period, with the first four minutes of the period seeing a constant trading of the puck between both teams.

Each team’s fourth goal was scored within two minutes of each other, with Mayfield’s number 6 nailing down his second goal of the game. The final nine minutes saw no goals scored by either team, and when the regulation buzzer sounded the teams were frozen at 4-4.

Both teams can come away from this game feeling somewhat concerned about where they stand in the 2019 Nordonia Invitational Thanksgiving Hockey Tournament. NDCL is able to move on with a win under their belt, but with the tournament rules they only receive one point for the shootout win, meaning they will most likely need a regulation win tomorrow against Parma to solidify a spot in the championship round this Sunday.

Mayfield looks to rebound tomorrow against Westlake in hopes for a regulation win to give them some chance at sneaking in to the Sunday play.