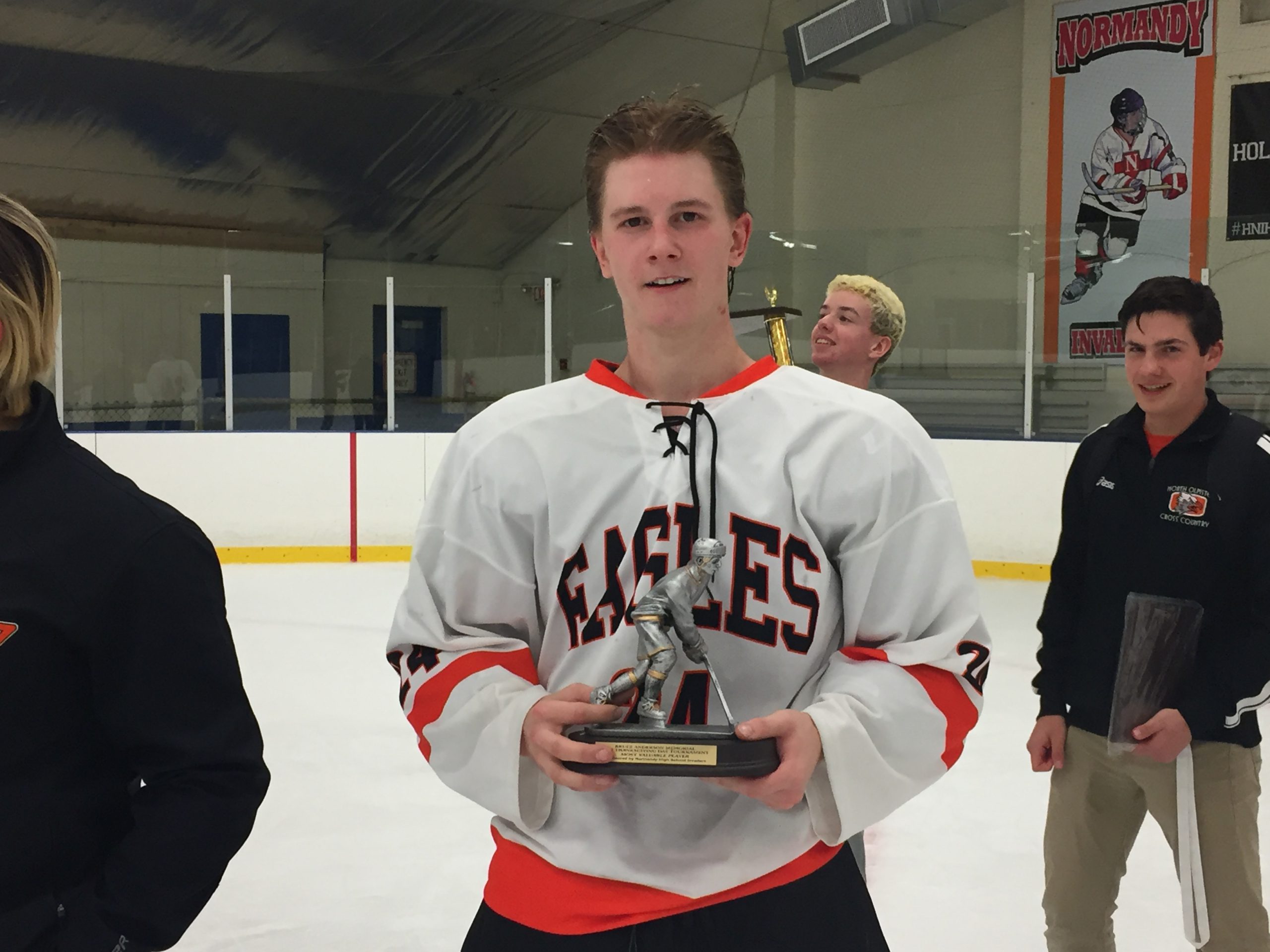 As we enter the 2017-18 Winter Sports season, NEOSI is excited to bring you the “NEOSI Winter Sports Athlete Of The Week”. Every week, the staff will determine who had the best week amongst all athletes throughout all winter sports and crown the winner for that particular stretch. This morning, we introduce the first weekly winner of this new award.

After a stellar showing in the 2017 Bruce Anderson Memorial Tournament in which he potted seven goals and helped lead his North Olmsted Eagles team to a championship victory, North Olmsted Junior Riley Vertosnik has earned the honors of being the inaugural “NEOSI Winter Sports Athlete Of The Week”. Vertosnik provides electrifying offensive play with his goal-scoring ability and serves as a leader of the North Olmsted hockey team. He was the second-leading scorer for the Eagles last season and helped orchestrate a run that saw the Eagles make it to the Baron Cup I Championship Game. This season, Vertosnik looks to take his North Olmsted team to new heights. That all started on Monday night with their 6-1 victory over Chagrin Falls in the Bruce Anderson Memorial Tournament Championship Game.

NEOSI caught up with Riley after his four-goal championship performance that also netted him MVP of the tournament to get his thoughts on winning the award.

“I mean that’s pretty crazy,” Vertosnik said. “It’s a big honor and honestly, I’m shocked about it, to be honest with you.”

As the season gets going with division play, North Olmsted will take the ice on Sunday to play a home match against the Strongsville Mustangs with opening faceoff slated for 3:15 pm. Looking to build on last year, Vertosnik points out that his team is happy with what they achieved last season but is looking for more success in 2017-18.

“We still have that drive and motivation.”