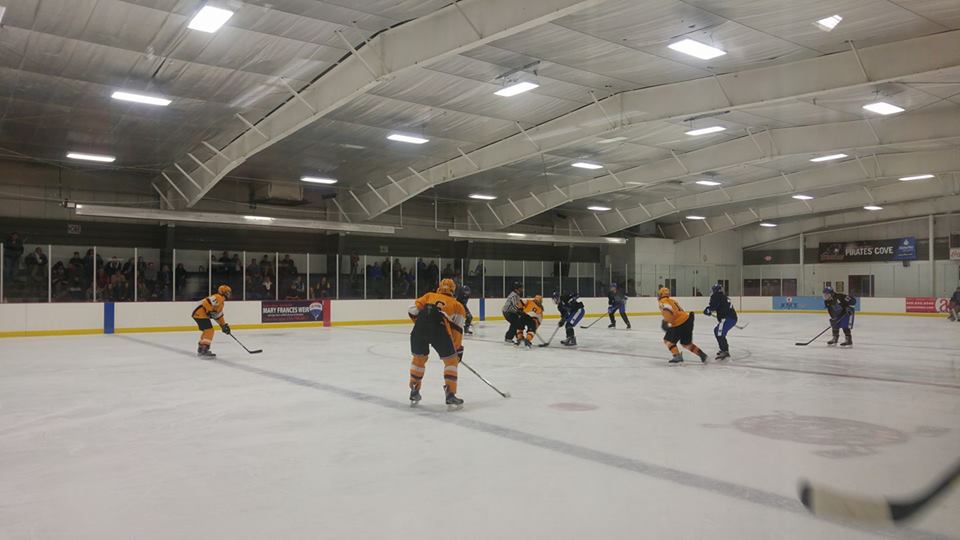 A dominant night by Senior Captain Patrick Graney, who had 4 assists and 1 goal, saw the red-hot Avon Lake Shoreman take apart CVCA 10-0.  The game was called off with over 2 minutes left to play in the third period, per OHSAA rules.

Avon Lake came into this one red hot, 4-1 on the season and riding the cusp of a big Tim Alexander Tournament over the weekend on their home ice that saw them capture three wins.  They stayed hot tonight with a 10-0 win over the struggling CVCA who fell to 0-3.

Before anyone could blink, senior Captain Patrick Graney led the Shoremen to two quick goals.  He assisted on the first one to Connor Koncelik only 9 seconds into the contest.  Then twenty seconds later it was Graney finding the back of the net to increase the lead to 2-0.

The hits and goals just kept coming the way of the Shoremen the rest of the first period.  Behind incredible passing Avon Lake was able to build a 6-0 lead by the end of one period.  CVCA had some chances to make a dent in that lead, but could not convert.  The Shoremen controlled almost every faceoff all game long.  Scoring multiple short-handed goals along the way as well.

A big night by Connor Koncelik is not to be over looked either as he had 3 big goals throughout the night. Yet another Hat Trick for the talented forward this young season.

Avon Lake looks to stay hot as they host an opponent to be determined this Sunday Night at 7:35 from Hamilton Ice Arena.   While CVCA will try to notch their first win of the season December 2nd when they travel to take on Aurora.

A special thank you to young Jonah Hoffner for keeping stats tonight.  This young man is a prodigy!