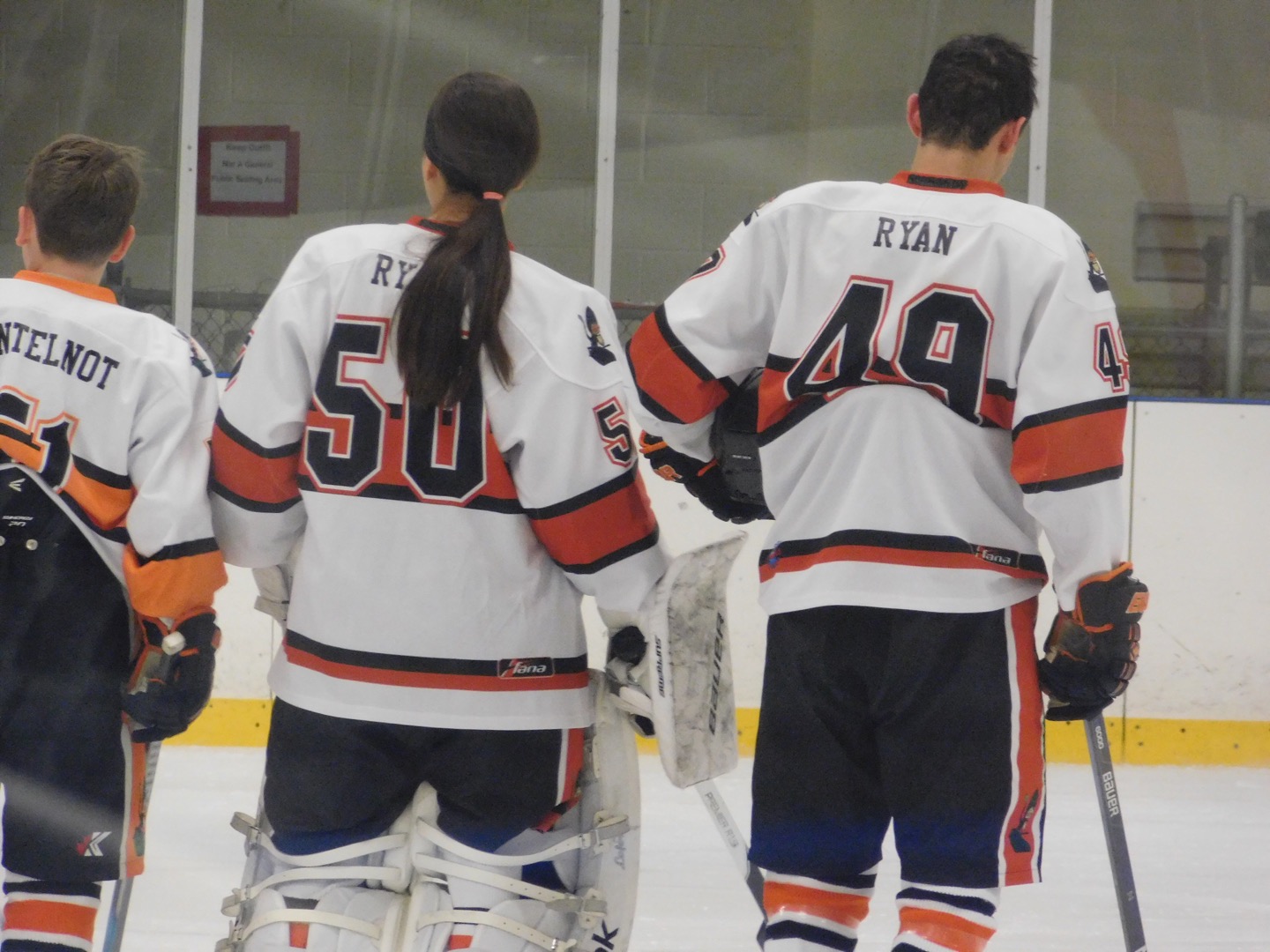 BROOKLYN, Ohio- The Normandy Invaders earned their way to the Baron Cup III Championship Game Sunday afternoon with a wire-to-wire victory over Mayfield by a final score of 5-2. The Invaders peppered Wildcats goaltender Micheal Fink with shots all afternoon. Fink faced forty-five shots and saved forty on the day. However, he couldn’t fend off every puck sent his way and succumbed to the ongoing pressure.

The game started off in a telling way, as Jason Pierzchala set up his brother Justin Pierzchala with a beautiful centering pass to beat Fink for the opening score just sixteen seconds into the game. Mayfield was able to battle back though initially, as Hunter Jeppe struck for his third goal of the tournament at the 4:42 mark of the opening frame. The Invaders grabbed the lead again just a few minutes later, this time with Brennan Sutton scoring off of an assist from Kyle Ryan at the 7:36 mark of the frame to take a 2-1 lead into the break.

A strong second period saw the Invaders and Wildcats tack on a marker each, as Cody Tintlenot found the back of the net at the 2:40 mark to stretch the lead to two goals. Mayfield once again battled back to keep it close on the ice score-wise, as Harvey Powers scored at the 8:29 mark to make it a 3-2 deficit for Mayfield. The one lingering problem for Mayfield was the inability to spend significant time inside their offensive zone, as Normandy continued to camp inside the defensive zone of the Wildcats. Even after it appeared Mayfield would knot things up at three following multiple power-play opportunities, that was not the case as they couldn’t embark past the blue line.

Normandy’s Lukas George put two more goals in the back of the net during the third period to stretch the lead to a final score of 5-2. George continued to provide another source of scoring while Alex Franke was held in check. The Invaders will now embrace the challenge of a showdown with Avon Lake for the Baron Cup III Championship.