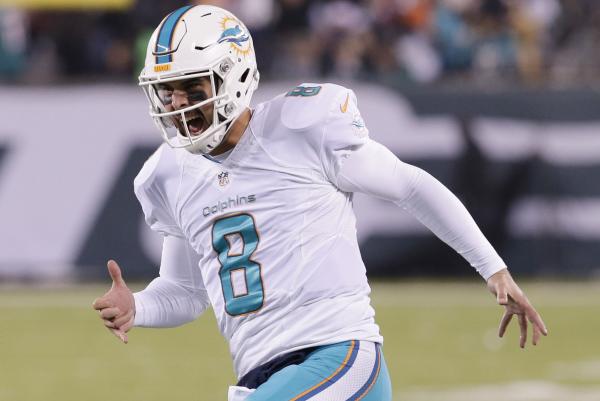 The week 15 fantasy landscape was dominated by a mere handful of games. Take a look at the most dominant performances from the week.

Brees had a field day against an injury-ridden Cardinals defense. He exploded for 389 yards and 4 touchdowns on 37/48 passing.

Matt Moore surprised a lot of people when he stepped in for (and arguably played better than) the injured Ryan Tanehill. Moore picked apart the Jets for 236 yards through the air, along with 4 TDs. Not bad for a back up.

The RB1 for Atlanta was this week’s top fantasy scorer with 31.5 points. He got there with the help of a great defensive match up against the dismal 49ers. Freeman found the end-zone three times to go along with 139 rushing yards.

Another running back that benefited from playing a terrible defense. The Bills used McCoy to generate the large majority of their offensive production, allowing him to rush for 153 yards and 2 TDs. The Browns has no answer for Shady McCoy.

When Drew Brees has a good day, chances are Brandon Cooks won’t be far behind. Cooks hauled in 2 touchdowns and racked up 185 yards. To top it off, he needed only 7 receptions to get there.

Lockett averages just 5 fantasy points per game, usually heeding to fellow wideout Doug Baldwin for the most touches. But for second time this season, he managed to have a breakout game. Lockett nabbed 7 receptions for 130 yards and 1 TD in a blowout win against the Rams.

Sims ended up being a red-zone favorite for back-up QB Matt Moore. He only managed 31 yards on 4 receptions, but half of those catches were touchdowns. Sims multiplied his average fantasy output by 5, a rare gem for the second string TE.

Chris Boswell was the 9th highest scoring fantasy player this week. As a KICKER. He went a perfect 6/6 on field goals, 5 of which were 40 yards or longer. Here’s a list of players that Boswell outscored this week:

Does anyone actually know who’s playing quarterback for the Jets? Regardless, Miami had their way against their AFC East rival. The Dolphins got to the quarterback 3 times, grabbed 3 interceptions, and only gave up 13 points. An overall dominate effort.