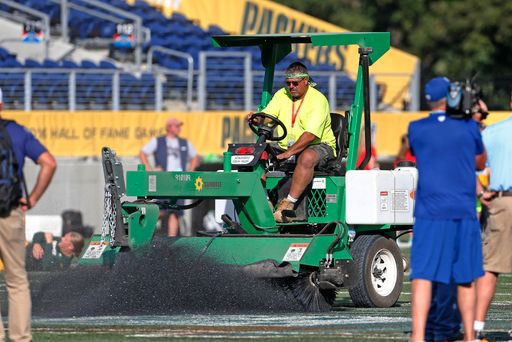 The NFL made the right move on Sunday night, cancelling the annual Hall of Fame game in Canton due to field conditions at Tom Benson Stadium.

Hall of Fame president/executive director David Baker called the decision to cancel the game “difficult,” but added that it was an “easy, ethical decision.”

Fans will get their money refunded for the game, and instead the two teams (Packers and Colts) will host a “fan fest” of sorts, whatever that means.

Multiple sources told ESPN.com that both teams were worried about player safety as crews worked feverishly to spray solvent on the area around the midfield logo. The issue stemmed from the paint used on the logo and in the end zones. 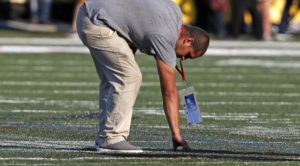 Also NFL spokesman Brian McCarthy told ESPN’s Darren Rovell that the league will work with the Packers and Colts to sort out their own financial reimbursement for a game not played.

The NFL said in a statement: “We are very disappointed for our fans, but player safety is our primary concern, and as a result, we could not play an NFL game on this field tonight.”

One Packers player described it as “like cement” at midfield, where workers spent more than an hour trying to make it playable.

This ‘annual’ game should just be scrapped for good. Making fans pay outrageous prices (some of the tickets face value were $75), and it’s not a stretch to see most of the superstar players for both teams not play, or if they do, possibly play as little as four plays.

Just scrap the game for good – the NFL preseason is already too long as is.