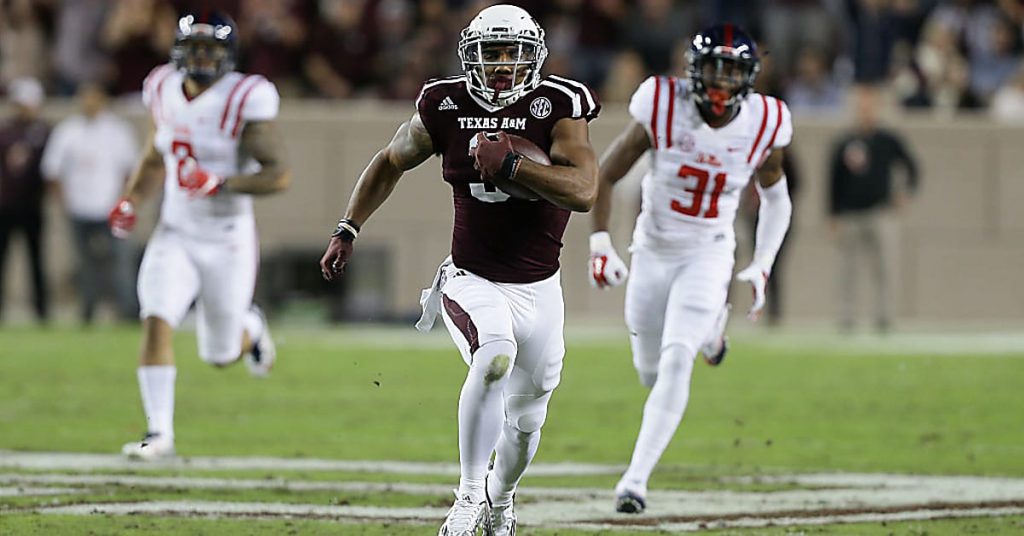 Baltimore needs offensive weapons and the talent for that starts to get good towards the bottom of this round so they move down some and still have a ton of choices. Kirk is a smaller slot guy that can make plays as Baltimore needs a guy in the middle to open things up for some of their home run hitters.

Buffalo hit a home run with White last year in the draft but they can use another corner to go along with him. Hughes has the talent but if they can get over the off the field problems he may be the best corner in the draft.

Losing Shazier opened up a major weakness on the Steelers defense towards the end of 2017. With his career in jeopardy they need to move up to get his replacement. Evans can help glue the defense back together before Roethlisberger runs out of time.

Carolina also has a variety of big needs but giving Cam a big weapon to throw to would be nice. Sutton is a big WR like he had with Benjamin before he got traded. Hopefully he can open things back up for Cam.