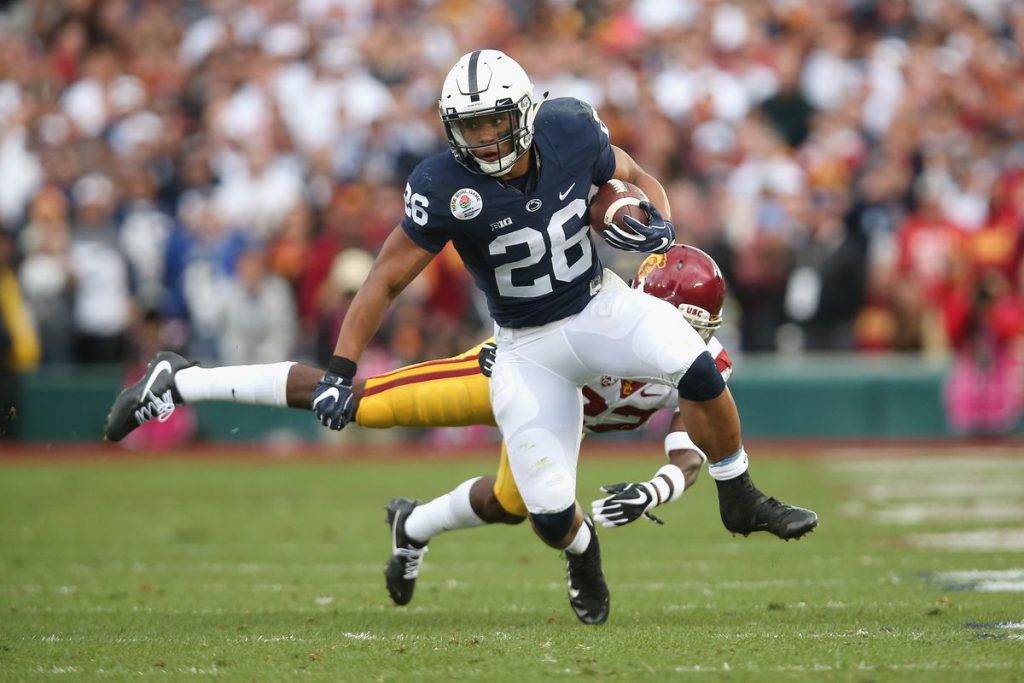 After a run on QBs the Browns find a way to not only get their choice of QB but the first non-QB selected in the draft. Barkley is the best player in the draft and also fills a need. As we’ve seen with the Rams, Jaguars, and Saints sometimes its best to give your QB a strong run game to carry you with Barkley and Johnson.

The Colts have a lot of holes on this team so trading down to pick up another first round pick next year makes sense. The number one priority should be protecting Andrew Luck after he missed all of 2017 with a shoulder problem. Nelson might be the best guard to ever come out in the draft and fits their biggest need while netting a pick is a big win for Indy.

I think Baker could be the next Watson for people as a hyped up college QB who performed well on the big stage. I have concerns about his physical limitations and character but if he somehow stays in check he may have a shot to do something. Plus the marketability of a guy like him in New York can bring the Jets back after faltering lately.

This might be the easiest pick for my mock if it gets to this point. With all offensive players gone, the Buccaneers have a huge need for a pass rusher. They were dead last with 22 sacks and Chubb is a good one that would plug in nicely.