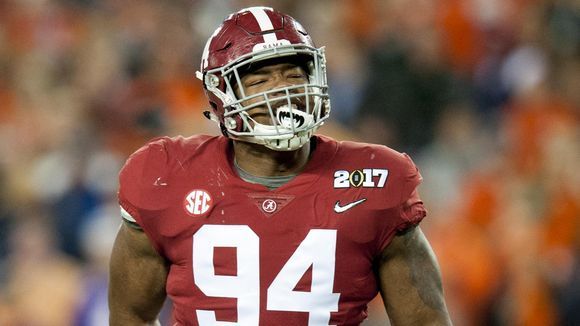 The edge is set up well to succeed for the Chargers but the run defense has its holes. Payne is one of those players that can go in this range but end up being a top five player from this draft. Putting him between Bosa and Ingram can make him excel.

Seattle is starting to falter and a lot of holes are emerging for them. The biggest one is the offensive line and they have to take a lineman here almost no matter what. Take the best one on the board and move on.

The Cowboys don’t have safety as the biggest need but James is the best player available and should have been gone by now. Jerry likes to take those kind of guys so James finds a home improving the secondary with a lot of young talent.

Detroit doesn’t have to look far for this pick. Patricia is a defensive guy and with pass rushers still being a reach here they can bolster the interior of the defense to have another great tackle to go along with Robinson.