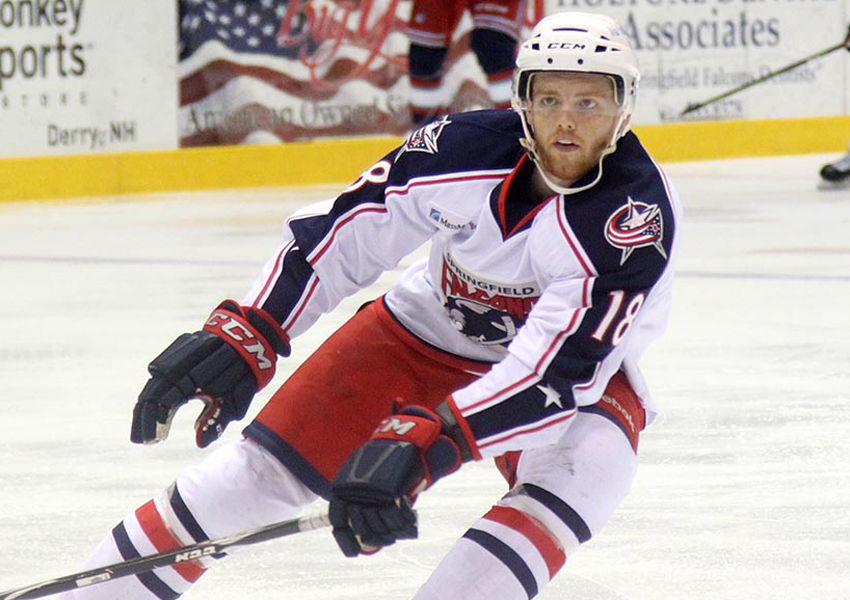 CLEVELAND – Last week the NHL’s Columbus Blue Jackets called up assistant captain T.J Tynan to Columbus from his position with the Monsters. This week they”ve added Tynan to their roster just before the Monsters continue their road trip.

The Monsters got pounced on Saturday as the Chicago Wolves were able to get ahead and stay ahead scoring seven to Cleveland’s three. Even though some of the regulars scored, it was good to see Akim Aliu score his first goal as a Monster. As well as the offense of new addition,  Zac Dalpe and the defense of Michael Houser.

The Monsters have less than twenty regular-season games remaining and are currently sitting alone in fifth place, with a record of 25-24-3-4. With so many new faces and missing players, it may be difficult for Cleveland to make up ground going into the playoff race.

If the Monsters are able to defeat a few of their upcoming opponents, they will most likely end up playing Grand Rapids in the first round of post season play.

First they have Milwaukee who is in third place on Wednesday, back to Chicago on Thursday and out to San Antonio for a pair on Sunday and Monday, before returning home for St. Patrick’s Day weekend festivities here against Texas.

Both San Antonio and Texas are teams that the Monsters have not seen too many times this season and it may be a different look with all the new faces on the team. It is impressive to see how all of the new players are beginning to gel and become a cohesive unit for Cleveland.

Stay tuned to NEOSI and follow us on Twitter @neosportsinside for further developments in all the best of Cleveland sports.