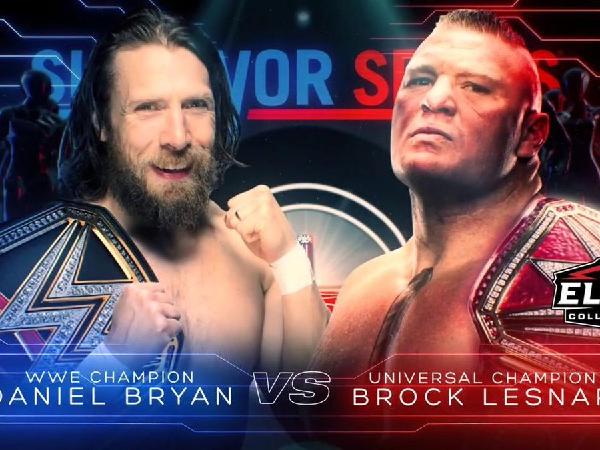 In a night that was more or less booked completely straight with all clean finishes, it left some happy and some confused at the decision making.  WWE Survivor Series is one of the most anticipated nights on the WWE calendar and tonight was no different.

Despite the names missing from the card, the show still managed to be decent and will now begin the build for the WWE Royal Rumble after the first of the year.  Here are a just few takeaways from tonight that jumped out at us the most.

The Tag Team Elimination match gets moved to the pe-show: A sad reality check of exactly how poor the current state of the Tag Team Division is.  It is a shame as well that the lone Smackdown win tonight was relegated to a portion of the show few were sitting down to watch.  Corey Graves did mention it at least 10 times throughout the broadcast however.

Team RAW wins the Women’s Elimination match: Having Nia Jax back into the victory after doing the least amount of work was the perfect way to keep her heal momentum heat working. Asuka and Sasha Banks stole the moment however with a great exchange before that occurred.

Seth Rollins defeats Shinsuke Nakamura: A great match that saw a clean finish with no interference from Dean Ambrose.  Nakamura will not win any big matches until he re-signs a contract to stay with the WWE.

AOP defeat’s The Bar: The highlight of this was Drake Maverick peeing his pants? Terrible!

Buddy Murphy Pins Mustafa Ali to retain the 205 Live Championship: This match seemed very misplaced.  However, even with that being said, it was great.  Ali continues to deliver even though it seems like he will never win gold.  He puts on a show every time he is out there.

Team RAW Men win:  This was actually funny as The Miz kept setting up Shane McMahon leaps of faith.  However, the humor would soon run out and the giant mismatch that this match actually was became evident.

I’m not sure of the decision to squash Samoa Joe as quickly as they did in this one.  Also, the WWE continues to have the same theory, Braun Strowman is invincible until he wrestles for a title then he finds a way to lose.  He wins battle royals, Greatest Royal Rumbles, dominates tag matches, wins the Money in the Bank.  But when it comes winning the big one, it simply doesn’t happen.

Charlotte Flair snaps and destroys Ronda Rousey with a Kendo stick then metal chair: Absolutely perfect!  Damn near brilliant booking.  This is just the beginning of the Four Horsewomen angle coming to fruition in time for WrestleMania.

Brock Lesnar pins Daniel Bryan:  The wrong move all the way here.  What harm could it have possibly done by having Bryan win?  Lesnar is a part timer that people will always fear, no matter if he wins or loses.  Bryan needed this win badly and would have set the stage for an incredible run.  To have him lose 5 days after winning the world title was a horrible move.