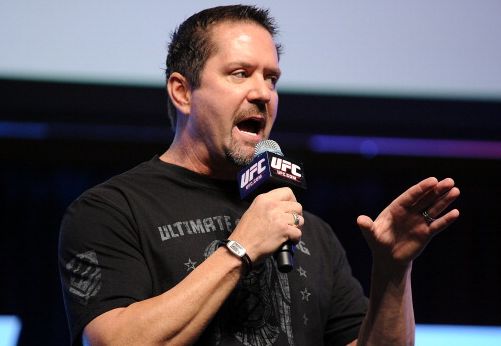 For fight fans, the name Mike Goldberg and the UFC are almost synonymous with each other. If you’ve ever watched a UFC pay-per-view event, chances are you’ve heard Goldberg paint the picture of the two combatants in the Octagon next to his broadcast partner Joe Rogan.

Since 1997, Goldberg has been the lead man for UFC events. On Friday night, it will mark the end of an era.

According to multiple reports, Mike Goldberg will finish his UFC broadcasting career at UFC 207 in Las Vegas, Nevada. The main event of that card will be the UFC Women’s Bantamweight Champion Amanda Nunes defending her title against the returning Ronda Rousey. Below is a tweet from Ariel Helwani confirming the news.

A historic night on Friday just became more special to everyone involved.