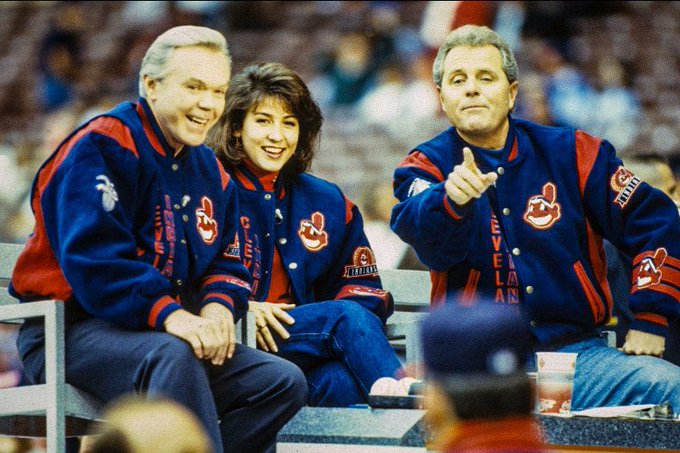 The city of Cleveland lost a television icon on Tuesday, as it was announced long-time WJW TV 8 weatherman Dick Goddard has passed away at age 89.

Goddard has been living in Florida since his retirement a few years back, and daughter Kim Goddard wrote on her Facebook page, “My hero, my daddy, the greatest animal lover is now an angel.”

The long-time TV weatherman Goddard has been ill since January as he got pneumonia.

The Indians put out a tweet in honor of Goddard:

Goddard was a staple for years at Cleveland Browns games, acting as a spotter in the team’s radio booth. He once said he didn’t do it for the money but for the love of his hometown team.

“There is no way to measure his contributions to our television station or our community,” WJW-TV Vice President and General Manager Paul Perozeni said in a statement put out by the station.

“Simply put, WJW-TV is the house that Dick Goddard built.”

Goddard has been a part of television in Cleveland since 1961.

He stayed very close over the years with his parents, his father died of a heart attack in 1971. His mother died in 1996.

Many TV personalities around Northeast Ohio and those that met Goddard over the years have sent out tweets expressing their condolences.

Remembering Dick Goddard. My early local news days in Cleveland, Dick was a generous colleague and simply the brightest star any of us knew. On the air over the decades meant that Dick had been in our lives forever and his memory will as well. God bless. pic.twitter.com/1g9HntVOty

The SWEETEST man ever. Rest In peace. You will be missed friend. 🙏 #dickgoddard pic.twitter.com/z6zQW91mIY

A statement from NWS Cleveland on the passing of beloved Cleveland meteorologist, Dick Goddard: pic.twitter.com/GniFmSWZiL

Why CS:GO Is Leading The Esports Betting Boom
Will 2021 Finally Be The Year For Ohio Sports Bettors?