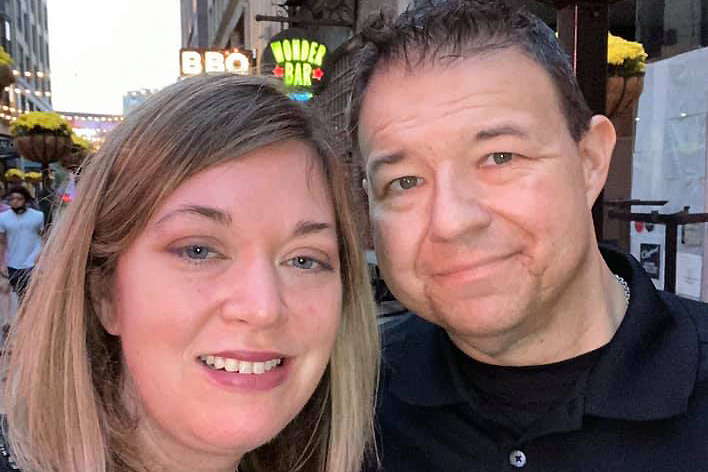 As many of you probably noticed, Matt hadn’t been posting on here as much as he used to, and that’s because he was diagnosed with cancer back in April 2019, and the journey since then had been anything but easy, with numerous setbacks along the way.

Despite it all, he remained optimistic, leaning on his faith to get him through those hard days. Sadly, Matt lost his battle with cancer yesterday, at the age of 46.

When I got the phone call telling me that Matt had passed away, I was honestly in shock, as I had just visited him and his wife back over the July 4th weekend, and things were looking up. Unfortunately, his cancer came back with a vengeance shortly thereafter, and then he tested positive for COVID, which certainly didn’t help the situation.

He was in and out of the hospital over the next few months, so when his wife Shanna told me that he was going back in because he was having trouble breathing (due in part to a tumor in his throat), I didn’t give it much thought, as this had happened before, and the doctors were able to get it under control. As they did this time as well.

But when I got the text from Shanna telling me that overnight he had gone into cardiac arrest, and that his brain was without oxygen for an extended amount of time, I knew things were bad. And just a few hours later, she posted the following on Facebook:

“Matt’s two plus year battle with cancer has come to an end and today he is with the Lord. This early morning’s cardiac arrest led to a lack of oxygen to his brain for approximately 50 minutes that resulted in brain damage, bleeding in his lungs, and his kidneys shut down.

“He was surrounded by love as he passed. He was funny, sweet, generous, loyal, faith filled and he had a talent for bringing people together. He made my life beautiful. He was and will always be the love of my life. Please keep his parents, brothers, and our families and friends in your prayers.”

Matt was my friend and business partner for the past 16 years, and to say that I’ll miss him is an understatement. But if there’s one silver lining, it’s that he’s no longer suffering. Prayers to his family.