After Knocking Out Bethe Correia At UFC: Singapore, Holly Holm Finds Another Opportunity To Silence Her Critics 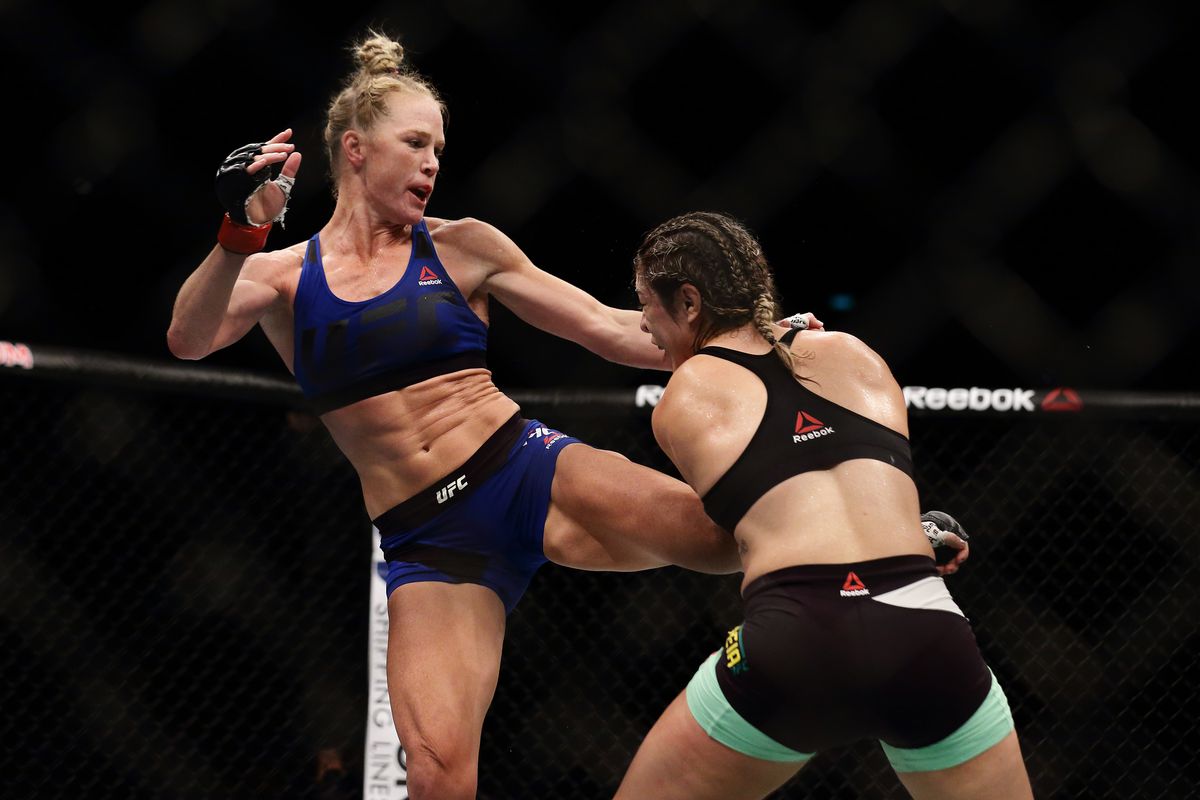 It was a do-or-die moment for former UFC Women’s Bantamweight Champion Holly Holm on Saturday, as she looked across the Octagon at former title challenger in Bethe Correia. Correia is who Holm was trying to avoid becoming: A talented fighter who fell off the map following her devastating and very quick loss to then-champion Ronda Rousey. Holm had been struggling for a win ever since her kick heard ’round the world sent Rousey crumbling to the mat and put her on top of the mountain. The Preacher’s Daughter found herself on a three-fight losing streak and people started the talks of Holm possibly being a one-hit wonder.

Who would have thought that all of her problems would go away with just another well-timed head kick?

Holm and Correia had a well-contested first two rounds, but the the third round is where Holm struck. As Correia started to mock her, Holm unloaded with a kick to the head that sent her to the ground. Correia appeared to be out before she even hit the mat, causing the referee to jump in and stop the fight.

But unlike the kick that finished Rousey, Holm had a different celebration. The look on her face following the fight was more of a “I’m back” expression, followed up by a circle of the cage with a mean mug.

In what was a crucial fight, Holm delivered. Now, we look to see where she goes from here.

Does she set up a fight with Amanda Nunes or Valentina Shevchenko following their fight in July?

What about a scrap with fellow top contenders Sara McMann or Julianna Pena?

Maybe meeting the winner of the UFC Featherweight Title fight between Cris “Cyborg” Justin and Megan Anderson will be the next move for Holm.Whatever Holm does from here, all eyes will be on her. Now it’s up to her to begin shutting the critics up again.